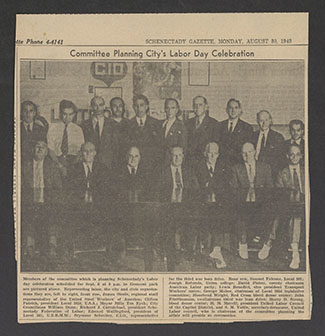 The Howard Truman Curtiss papers document the personal and professional activities of Howard Truman Curtiss, a clergyman, organizer, and labor consultant. Curtiss served as a staff representative and organizer for the Steel Worker’s Organizing Committee and later became a district director for the United Steelworkers of America.

The materials in Curtiss’s papers include correspondence, ledgers, and financial records from Curtiss’s time as an organizer. The bulk of materials cover the Steel Workers Organizing Committee’s Bethlehem Steel organizing drives (1937-1941) in Johnstown and Bethlehem, Pennsylvania, respectively. However, the collection also includes letters and records which document Curtiss’s activities as a clergy member and his efforts as a social reformer. Notable correspondents from this time include David J. McDonald, Emil John (E.J.) Lever, Clinton S. Golden, and Van A. Bittner.