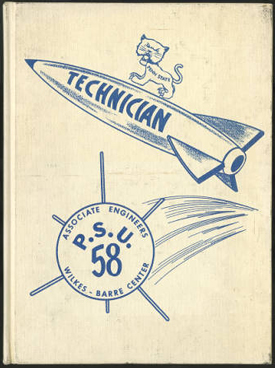 In the 19th century, Wilkes-Barre, Pennsylvania, was a thriving industrial city, dominated by the abundance of anthracite coal in the region. College had been an opportunity reserved for a select few.  In May of 1915, two Penn State graduates, reacting to the needs of the local anthracite mining industry, proposed the development of a Penn State engineering center in Wilkes-Barre.  Engineers were needed to improve mining methods and worker safety. The response from local citizens and civic organizations was overwhelming and on November 7, 1916, the Penn State Department of Engineering Extension began offering evening classes in advanced mathematics, surveying, reinforced concrete and mechanics for 150 students.

In the mid-1960s, Richard and Helen Robinson of Connecticut donated Hayfield House and the surrounding farm property in Lehman, Pennsylvania (12 miles outside of Wilkes-Barre) to the University. Valued at approximately one million dollars, Hayfield House was built by coal baron John N. Conyngham and his wife, Bertha, in the early 1930s. The mansion was converted into administrative offices and classrooms.  Most of the original furnishings are gone from Hayfield House, but visitors still can enjoy the magnificent architectural aspects of the building and the unique characteristics of each room. The former 19-car garage now houses the Student Commons and Bookstore. A 15-acre arboretum displays a wide variety of trees and shrubs, some imported from Europe.