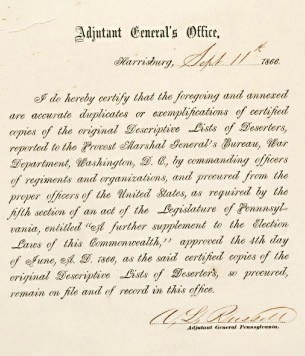 This document contains physical, military and demographic information for nearly 30,000 Union soldiers who enlisted in the Union army and later failed to report for duty and were subsequently cited as deserters. The roster was compiled from monthly lists that were submitted to the Provost Marshal and Adjutant General between 1861 and 1865.