Pattee and Paterno Noon to Midnight 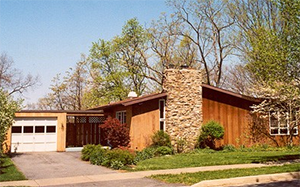 Architect Phil Hallock has likely had the largest impact on the State College landscape of any designer.  Being fairly modest, he has not tooted his own horn to become widely known, although he has about sixty completed residential and commercial structures in the area.