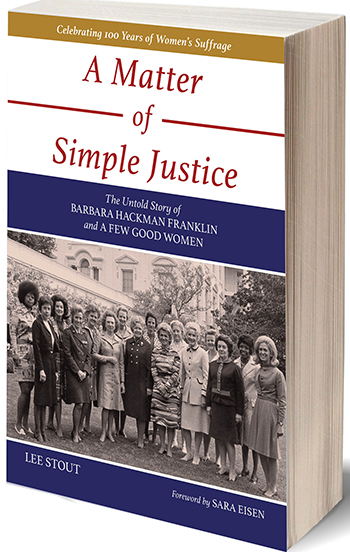 Advancing the Cause of Women in Government, 1969-74

Breaking the Glass Ceiling in the Nixon Administration and Beyond

In 1969, President Richard Nixon created the Task Force on Women's Rights and Responsibilities that marked the beginning of a successful initiative to recruit and train women for upper-level governmental positions. Unfortunately, few of the women who joined the government as a result of this initiative left collections of papers for historians to review. Many of the women are nearing retirement age or have retired; a few have died. Preserving the memories and reflections of these women on their careers in government service is a timely project. Their recollections, along with those of the men who were involved in the effort, make a significant contribution to the documentation of the history of women in modern American political life.

Seeing the urgent need to capture this moment in history, an advisory board chaired by Barbara Hackman Franklin initiated a project to gather oral histories from key participants. The board initially identified twelve individuals to be interviewed. As the project continued, this list expanded to nearly 50 interviews. The Special Collection Library at the The Penn State University Libraries were selected to house the histories for use by scholars.

This website showcases selected materials from the A Few Good Women Collection at Penn State. A historical timeline and reports and documents from the era have been added to place the women's stories in historical context.

To access the complete collection, including audio and text transcripts of the interviews, contact the Special Collections Library.

A Matter of Simple Justice and the oral history project that accompanied it, A Few Good Women, was based on a partnership between Secretary Barbara Hackman Franklin and the Penn State Libraries. The book launched at NARA, March 2012 and included a panel discussion, moderated by Judy Woodward. The work done by Secretary Franklin and “a few good women” have led to breakthroughs for women in leadership roles in government. It represented a huge leap forward for women in politics and changed the conversation about what women should and could do. This change at the government level trickled down to the corporate sectors.

2020 marks the 100th anniversary of the ratification of the 19th amendment giving women the right to vote. Celebrating the women’s suffrage centennial, AMSJ has been re-released with a foreward by Sara Eisen, CNBC Anchor. Books are available through the Penn State Press.