Give to the Libraries

"We enact our values through the decisions we make and the actions we take. The value of access, especially access to higher education and access to a public research library’s resources, motivates and energizes me as a library leader. It's clear that this value also motivates and energizes our supporters because of the actions they take. We celebrate their generous philanthropy as it enables Penn State Libraries to reach the highest levels of excellence in our services, collections, and personnel."
- Dean Faye A. Chadwell 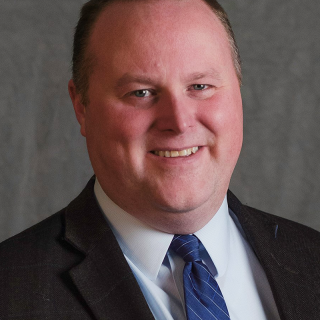 Bob’s passion to give to University Libraries stems from his grandmother, who earned her Bachelor’s degree in education from Montana State University in 1931. A former primary school teacher, she taught Bob from an early age the significance of libraries as a haven for learning. It’s why he enjoys advising donors on how their gifts enhance the Libraries’ spaces and work to support student success.

He holds a B.A. in classics from the University of Oregon and a post-baccalaureate certificate in ancient languages from Penn State. 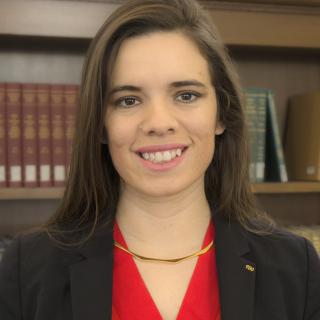 Susanna’s passion to give to University Libraries starts with her admiration for Andrew Carnegie’s efforts to build libraries across the world. When she arrived at Penn State in 2016, she learned that University Libraries originated from a Carnegie Library. For Susanna, to give back upholds Carnegie’s belief that “a library outranks any other one thing a community can do to benefit its people. It is a never failing spring in the desert.”

In her role, Susanna travels to Arizona, Colorado, Washington, DC, Florida, Pittsburgh, and Virginia to meet with friends and alumni of Penn State who are eager to support University Libraries’ mission to enhance and promote scholarship and research.

Susanna has an extensive background in federal government operations, political campaign management, and fundraising in both Florida and Texas.

She holds a M.S. from Florida State University and a B.A., with honors, from the University of Florida in the fields of strategic planning, land management, and political science.

Caridad has over a ten years of experience within development—she joined the Penn State family in December 2018.  She started her career at her alma mater, The New School, as a Development Assistant. Caridad was hired immediately after graduation from a pool of successful phonathon student callers. After a few years at The New School, Caridad entered the field of healthcare fundraising, working at a few leading medical institutions such as Weill Cornell Medical Center, New York-Presbyterian Hospital and Mount Sinai Medical Center. Caridad worked to support Major and Principal gifts fundraisers, maintaining successful portfolios while shadowing talented leaders within the healthcare nonprofit sector.  When Caridad moved to New Jersey she transitioned back to higher education fundraising and worked as an assistant director of development for leadership gifts at Seton Hall University. There, she was able to reinvigorate several principal giving societies and led the charge to diversify the University’s donor base.

She holds a B.A. in Liberal Arts with a minor in urban planning from The New School University in New York City. Caridad enjoys many types of literature but is particularly drawn to magical surrealism and historical fiction. Her favorite author is Gabriel García Márquez.

Karen’s passion to give to University Libraries started at an early age. She grew up with a passion for reading and shared this love for books with her children, who used the local library as a form of entertainment and enlightenment. She appreciates the important role libraries play in higher education because they provide support for all students, faculty, staff, and the community around the world.

Karen began her career with Penn State in development at Public Broadcasting in 1989. Much of her career has been intertwined with development and fundraising activities. She has been with the University Libraries for fifteen years. She provides administrative support to the director, writes proposals, stewardship letters, and general correspondence. Karen plays a key role in proposal submissions, generation of endowment guidelines, and the annual goal setting process.

Karen, a native of Bellefonte, PA, holds an associate degree from South Hills Business School. Karen spent six years volunteering on the Board of Directors for the House of Care, a non-profit personal-care home in State College. Since resigning from the Board, Karen bakes birthday cakes for its residents. 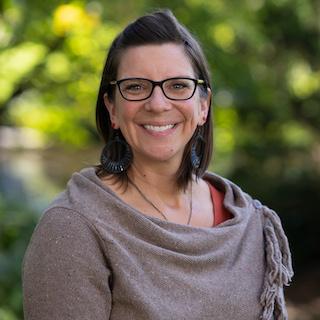 Sarah has moved 11 times in the past 17 years, largely thanks to the Army, and during this time developed a passion for community service and outreach. She is thrilled to be back at Penn State working in development and alumni relations at the University Libraries because it gives her the opportunity to connect donors, friends of the Libraries, and students.

A third generation Penn State graduate, Sarah received a B.S. in hotel, restaurant, and institutional management in 2001. She has fourteen years combined management experience in the restaurant, concierge, and customer service industries, and owned a handmade jewelry business for four years. 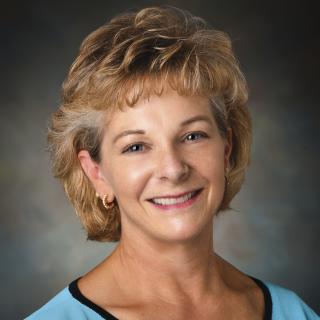 As the External Relations Assistant, Wendi is the liaison between the Dean and the Development Office team, and is responsible for event planning, donor stewardship, scholarship awards, and budget management. She works with the Libraries’ Development Board, the Libraries Awards Committee, the Scholarship Committee, and the Outstanding Undergraduate Thesis Award Committee.

Originally from the Philadelphia area, upon graduation she landed her first job in the area and never left. Her career path took her from program director at the Bellefonte Family YMCA to medical technologist at Mount Nittany Medical Center and more recently to the American Red Cross where she coordinated the Penn State blood donation program for the Red Cross for almost fifteen years. She was also the advisor to the Penn State Student Red Cross Club. She began working at Penn State in 2014 with the development team in the College of Health and Human Development before coming to the Libraries in May, 2016.

Wendi holds two degrees from Penn State:  a B.S. teaching degree in Health and Physical Education with an emphasis in Athletic Training and Sport Medicine, and an Associate Degree leading to a B.S. equivalent in Medical Technology.