We can't wait to see you! We are working on our reopening plans so we're ready to go when the University deems it safe. Our ongoing priority is to support our users. Visit our Remote Resources page and our COVID-19 page for updates. Although the Libraries are currently closed, some of our physical collections are now available with curbside pick up. 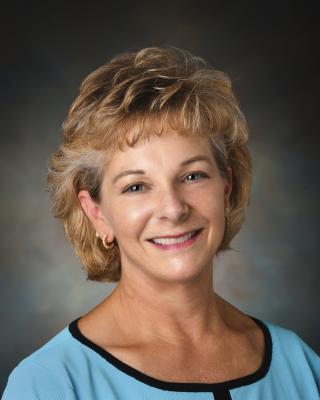 As the External Relations Assistant, Wendi is the liaison between Dean Dewey and the Development Office team, and is responsible for event planning, donor stewardship, scholarship awards, and budget management. She works with the Libraries’ Development Board, the Libraries Awards Committee, the Scholarship Committee, and the Outstanding Undergraduate Thesis Award Committee.

Originally from the Philadelphia area, upon graduation she landed her first job in the area and never left. Her career path took her from program director at the Bellefonte Family YMCA to medical technologist at Mount Nittany Medical Center and more recently to the American Red Cross where she coordinated Penn State blood drives for the Red Cross for almost fifteen years. She was also the advisor to the Penn State Student Red Cross Club. She arrived at Penn State in 2014 to work in development in the College of Health and Human Development until coming to the Libraries in May, 2016.