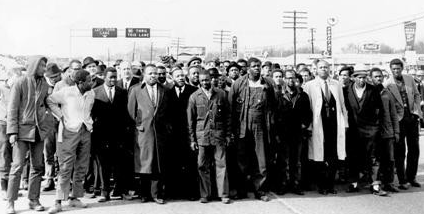 The Jack Rabin Collection on Alabama Civil Rights and Southern Activists is a compact but highly complex, multi-layered compilation of documents, sound recordings, and visual images. Some of its components, including copies of records of the Montgomery Improvements Association (MIA) and many hours of oral history of the renowned civil liberties lawyer Clifford Durr, complement major holdings in other American archives. Other components of the Rabin Collection are unique. These include an updated filmed interview of Stokely Carmichael (later known as Kwame Ture) in Montgomery; 450 black-and-white photographs created by the Subversive Unit of the Investigative and Identification Division of the Alabama Department of Public Safety in the course of sit-ins, demonstrations, and marches in several Alabama cities during the early to mid-1960s; and surveillance tapes preserving speeches made variously at an anniversary meeting of the MIA in 1963, at the conclusion of the Selma-to-Montgomery March in 1965, and in Bessemer and Birmingham, Alabama, in the course of the Poor People's Campaign of 1968. Martin Luther King and Ralph Abernathy are among many leading lights of the civil rights movement heard on these tapes.

Copyright is retained by the creators of items in these papers, or their descendants, as stipulated by United States copyright law.