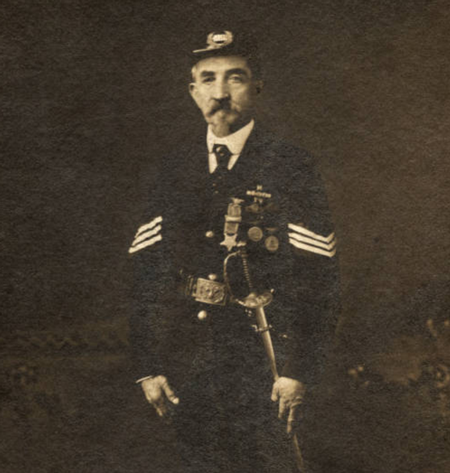 Pennsylvanian Elisha Bracken mustered August 31, 1861, into Company C of the Pennsylvania Volunteers, 100th Regiment. He was promoted to sergeant and placed in charge of the remnants of Company C on November 13, 1862. He died in battle in Spotsylvania, Virginia, on May 12, 1864. The diary provides a day-to-day account of service life, with mention of their travels, the weather, and regimental activities from July through October, 1862.

Walter R. Collins (born 20 October 1838), of Elizabeth, Allegheny County, Pennsylvania, served as a sergeant in Company M, 100th Pennsylvania Volunteers, 1861-1864, during the American Civil War. Collins recorded his activities during the Civil War in three diaries, including fighting at Manassas, Antietam, and Fredericksburg. The diary ends 20 May 1863 in Middleburg, Kentucky.

William H.H. Fisher was born in Rutland, Vermont, on 31 January 1841. During the American Civil War Fisher served in the Vermont Infantry, 7th Regiment, Company D, and was promoted to corporal on 4 March 1865. This diary details Fisher's time stationed in New Orleans, Louisiana, Alabama, and Texas and includes writings on camp activities, trips into New Orleans, writing letters to and receiving letters from his family, attending non-commissioned officers' school, the siege of Spanish Fort and occupation of Mobile, and monthly account pages that record his purchases and expenditures.

The Daniel Frantz diary is from 1865 and contains the then eighteen-year-old's writings on the weather, his daily activities, and business activities, which included several sales trips. The diary also details a pleasure trip to New York City and Coney Island, New York; and Paterson, New Jersey, to see the Great Falls on the Passaic River. Finally, there are notes for Frantz's expenses and profits for his book selling trips.

Morris W. Hackman, a native of Womelsdorf, Berks County, Pennsylvania, enlisted in Company G of the 29th Pennsylvania Volunteer Infantry during the Civil War. Hackman was born on 10 November 1844 and was only sixteen years old when he enlisted in Hesterville in the spring of 1861. The diary details his experiences as an infantryman, including seeing combat at New Market and Front Royal. Hackman records his capture by Confederate forces on 23 May 1862, during the Battle of Front Royal, and his subsequent imprisonment in various field hospitals. Confederate officials ultimately sent him to the notorious Belle Isle military prison in Richmond where he arrived August 9. Hackman remained at Belle Isle until September 13 when he was paroled. Courtesy of Penn State Libraries Special Collections.

Description: John H. Morrison served as a musician in the 49th Pennsylvania Volunteers Regimental Band in 1862. This diary describes band activities, military actions, and daily weather during his service in the Civil War from January to August 1862.

Alonzo. J. Thompson, a native of Newport, Herkimer County, New York, was a soldier in the American Civil War and served as a part of Battery H, 1st Ohio Light Artillery, Army of the Potomac. The diary is an account of a soldier's daily life from 1861 to 1863, and includes a list of generals under which Thompson's unit served; hand-drawn sketches of rivers, construction supports, surveys, and artillery trajectory, with corresponding calculations; and daily notations concerning weather, activities, and personal health.