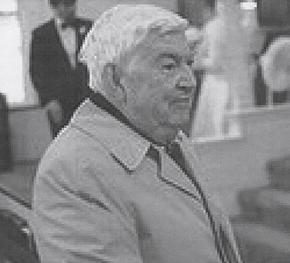 Charles Clapp received his Ph.D. in political science from the University of California at Berkeley. As the winner of one of five American Political Science Awards given nationally to spend nine months in Washington working for members of Congress, Charles Clapp had the experience of working for Peter Frelinghuysen (R-NJ) in the House and John F. Kennedy (D-MA) in the Senate. He then served as a special assistant on the Special Senate Committee to Investigate Political Activities, Lobbying and Campaign Contributions, and later on the staff of Representative Charles Chamberlain (R-MI). He then went to the Brookings Institution where, in 1966, he published the study "The Congressman: His Work as He Sees It." From there he joined the staff of Senator Leverett Saltonstall (R-MA) where he served for five years until the Senator retired. His next position was as Special Assistant to the Secretary (Head) of the Smithsonian Institution. With the election of Richard M. Nixon in 1968, Arthur Burns, counsel to the President at the time, invited him to come on his staff as Special Assistant to the President, where he was responsible for the 17 Presidential task forces developed in the domestic area to provide recommendations for programs. As a member of the Domestic Council staff, he was named co-chair of the first White House Conference on Corrections. After President Nixon's re-election, he was nominated and confirmed by the Senate as a Commissioner of the Interstate Commerce Commission, where he served for eight years. He later became Chief Administrative Officer and Secretary for the Postal Rate Commission for 11 years. Charles Clapp died in Washington on February 13, 2006.

While on Capitol Hill, Charles Clapp worked on staff for several members of Congress, both Republicans and Democrats. His 1966 book for the Brookings Institution, The Congressman: His Work as He Sees It, gave him a unique perspective on women in Congress and the difficulties they faced. He describes being hired by Arthur Burns to staff the various task forces appointed early in the Nixon presidency to look at various domestic issues. He recalls he chose Virginia Allan as a more moderate and balanced chair for the Task Force on Women's Rights and Responsibilities over more conservative candidates. While he selected both Republican and Democratic members for the Task Force, he acknowledges that he was interested in giving Republican women more visibility on women's issues. He describes the meetings of the Task Force, which he usually attended, and characterizes the roles of various members. He discusses the White House staff attitudes towards the work of the Task Force, its recommendations, noting some reluctance to release the report. He further discusses Barbara Franklin's work and the difficulties she had with some staff, and the departmental action plans, which varied considerably in effectiveness. He also reflects on the relationship between these initiatives at the federal level and accomplishments at state and local levels, and comments on some of the women in government he has worked with since his White House years.