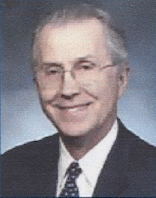 Stanton Anderson currently serves as a Director of the National Chamber Litigation Center; the Institute for Legal Reform; the Center for International Private Enterprise, an organization that fosters democracy around the world; and the Board of Advisors of Westmont College. He served previously as Senior Counsel to the President of the U. S. Chamber of Commerce, and chaired the bipartisan Attorney-Client Privilege Waiver coalition. He also served as Executive Vice President and Chief Legal Officer of the U. S. Chamber of Commerce, and oversaw the Chamber’s Office of General Counsel. A graduate of Westmont College and the College of Law at Willamette University, Anderson became involved in politics in 1972, serving in the Nixon Administration as Deputy Secretary of State for Congressional Relations under Henry Kissinger. He was involved in managing several Republican conventions and served as counsel during the Reagan-Bush campaign in 1980, as well as on the Presidential Advisory Committee on Trade Negotiations and the Presidential Commission on Personnel Interchange.  He chaired the U. S. delegation to the United Nations Conference on New and Renewable Energy Resources in 1981. That same year he founded the law firm of Anderson, Hibey, Nauheim and Blair, where he was senior partner until joining McDermott Will and Emery in 1995.