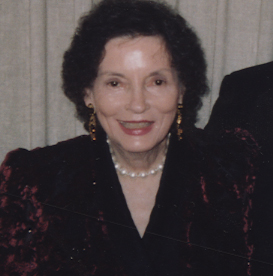 With her political involvement beginning in the Young Republicans, Patricia Hutar became an early advocate for women's rights and initiated her interest in international affairs both in her professional and political careers. She served as co-chair of the Republican National Committee. Ms. Hutar was appointed to the Task Force on Women's Rights and Responsibilities. Later she was appointed by the President of the United States to serve as U.S. Representative to the U.N. Commission of the Status of Women, and in that capacity was chair of the U.S. delegations to the International Women's Year Conference in Mexico City. As a result of her interest in international women's affairs, she became the Founding President of the United Nations Development Fund for Women (UNIFEM). Later Ms. Hutar was elected President of the National Federation of Republican Women. She has served as a consultant on national/international affairs. Ms. Hutar became the Director of the Office of International Medicine for the American Medical Association. She also served as a member of the Washington Roundtable of the Center for Strategic and International Studies. Ms. Hutar is a founding member and director of the International Foundation for Election Systems. She was elected chair of the Board of Directors of IFES in June 2001, and was also elected chair of the Board of Directors of IFES Limited, London, in July 2001. IFES is committed to serving emerging, transitional and mature democracies in the areas of elections, the rule of law, strengthening of civil society, and governance.

Patricia Hutar's interview focuses extensively on the Task Force for Women's Rights and Responsibilities, including the roles played by various members, the experiences and perspectives drawn from its deliberations, and the outcomes from the recommendations. Legislative initiatives arising from the recommendations and led by Martha Griffith were complex but critical. She describes Barbara Franklin's position at the White House as very important, as were the departmental action plans. Ms. Hutar describes in depth the impact of the Task Force recommendations on the development of the International Women's Year and the U.N. Commission on the Status of Women. As head of the U.S. delegation to the International Women's Year Conference in Mexico City, she describes some of the debates and discusses the subsequent impacts of the U.S.-sponsored major policy recommendations. These had a significant impact at the state level and on state commissions on the status of women. This rich interview also discusses extensively the role of a wide variety of women's organizations and. in retrospect, Ms. Hutar reflects on what seems to her a loss of passion and taking for granted the achievements of this period by the women of today. She believes that women who understand the needs and who hold powerful positions are the change agents of the future. Women will continue to make gains and will be in leadership positions to build a better society for people worldwide in achieving a better quality of life for all.