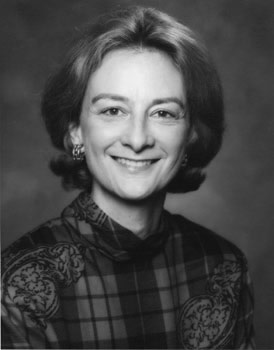 Susan Porter Rose received her Master of Science degree from Indiana State University in 1970. She was Staff Assistant to Congressman Richard L. Roudebush from 1963 to 1964, and then became Assistant Dean of the George School of Bucks County from 1964 to 1966. From 1966 to 1971 she was Assistant Director of Admissions at Mount Holyoke College. From 1971 to 1972 she served as Assistant Director of Correspondence and from 1972 to 1974 was Director of Scheduling for First Lady Pat Nixon. She was also Director of Scheduling for First Lady Betty Ford from 1974 to 1977. From 1977 to 1979 she served as Special Assistant to the Assistant Attorney General, and from 1978 to 1981 she was Special Assistant to the Deputy Assistant Attorney General in the Justice Management Division of the U. S. Department of Justice. From 1981 to 1993 she served as chief of staff to First Lady Barbara Bush. She served as Deputy Assistant to the President of the United States and then served as commissioner of the U. S. Commission of Fine Arts from 1993 to 1998. From 1993 to 2000 Rose served on the Board of Directors of the Barbara Bush foundation for Family Literacy and as a trustee of the George H. W. Bush Presidential Library.