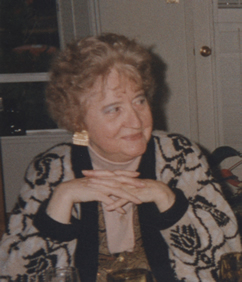 Paula Adams Tennant followed a singular path to a law career. Graduating from high school during the Depression, she could not afford college. She served in the Navy during the war, and afterward went to law school on the GI Bill. Passing the California bar exam, she began her practice of law. She served as Assistant U.S. Attorney for the Territory of Alaska in Fairbanks and as as a district attorney in California, and was twice appointed by Gov. Ronald Reagan to the California Youth Authority Board, the state's parole body for juveniles. In 1970, President Richard M. Nixon appointed Tennant to the U.S. Board of Parole, where she played a significant role over a number of years in reforming the federal parole process. In 1983, President Reagan appointed her to the U.S. Parole Commission. Since her retirement, she has continued to write and publish poetry, has been a volunteer for the SETI Institute, and is involved in a variety of community projects near her home in northern California.

Paula Tennant traces her remarkable career in the law and criminal justice systems, where she regularly pioneered in positions that had been almost uniformly male before her. She became one of Barbara Franklin's close associates in the founding of Executive Women in Government (EWG) as a counterpart to the federal undersecretaries' organization, which was exclusively male. She discusses how she and her husband coped with a two-career marriage when it was a relative rarity. She credits much of her success to being in the right place at the right time, but also acknowledges she was outspoken and refused to acknowledge or be hindered by discrimination. She believes the women who founded EWG were similar. They were not hampered by feelings of inferiority or jealousy and prospered through the networking the organization offered. She discusses, in part, her work in instituting reforms in the parole process. She also reflects on the need for lawyers to be perceptive about people's tendencies to alter the reality of their memories to make their lives more comfortable. She carries this concept through in her published poetry where she deals with unbidden memories and reflects their vividness in the brevity of her verse.