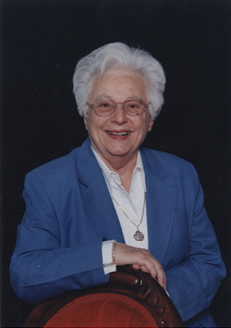 Betty Athanasakos became the first woman appointed as Associate Municipal Judge in Oakland Park, Florida, and as Municipal Judge in Wilton Manors, Florida; she served in both municipalities from 1964 to 1974, presiding over non-jury trials, traffic cases, and misdemeanors in Oakland Park and non-jury trials in Wilton Manors. She was appointed by President Nixon to the Task Force on Women’s Rights and Responsibilities in 1969, and chaired the Secretary’s Advisory Committee on the Rights and Responsibilities of Women for the Department of Health, Education, and Welfare from 1972 to 1976. She was also a member of the National Commission on the Observance of International Women’s Year from 1975 to 1978. In 1976 she was a U. S. Delegate to the U. N. Commission on the Status of Women in Geneva, Switzerland; as a delegate she assisted in negotiating the Draft Convention for the Elimination of Sex Discrimination against women.  In 1978 she served on the U. S. Delegation to the United Nations Economic and Social Commission.

Betty Athanasakos’ interview describes her involvement in politics in Florida and in the National Federation of Republican Women (NFRW). She details the campaign during which Gladys O’Donnell and Phyllis Schlafly ran against one another for the presidency of the federation, a campaign in which O’Donnell was victorious. Athanasakos supported Gladys O’Donnell and during the course of the election came to know Elly Peterson, vice-chair of the Michigan Republican Party, and Dorothy Elston, out-going president of the NFRW. She attended several Republican conventions and described the uproar following the creation of President Nixon’s cabinet, to which no women were appointed.  Thus, the Task Force on Women’s Rights and Responsibilities was formed. The interview goes on to discuss the appointment of women in the White House and the letters and telegrams sent to President Nixon lobbying for a female member of the White House staff. Because of the efforts of the NFRW, the Equal Rights Amendment was passed after being tied up in a congressional committee for 52 years.