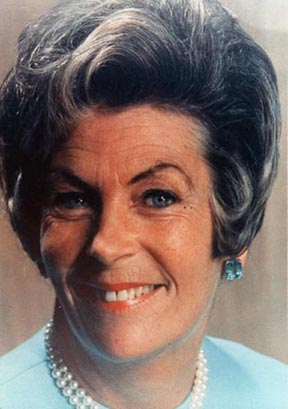 A Whittier, California native, Patricia Reilly Hitt graduated from the University of Southern California. She was an educator and board member of several educational organizations. She began ringing doorbells for Richard Nixon in his first political campaign in 1946. She became increasingly active in California politics, working in a number of campaigns, rising eventually to National Co-chair of the Nixon-Agnew Campaign in 1968, the first woman to hold such a post in either party. In January 1969, she was named Assistant Secretary for Community and Field Services, Department of Health, Education and Welfare. In this position, she was responsible for coordinating the work of the Department's ten regional field offices across all programs. She has received numerous awards including honorary doctorates from several colleges and served on the boards of Whittier College and Chapman College and a number of other organizations. After her term in Washington, she returned to California where she is active in community service, although she remained an appointee to the President's Commission on White House Fellows.

Patricia Hitt traces her early political involvement in Nixon California campaigns and the role of women in other California senate and gubernatorial campaigns. As a result, she co-chaired the 1968 campaign with John Mitchell and was actively involved in the Women for Nixon organization, from which she hoped women appointees would be recruited. She describes her appointment and confirmation as Assistant Secretary of Health, Education and Welfare for Community and Field Services and her initial reluctance to serve, preferring campaigns to administration. She discusses the role and attitude of Robert Finch toward women appointees and the culture and functioning of HEW at this time. She also discusses the problematic answer she gave at a women reporters' press conference dealing with the difficulties of finding both qualified and available women for posts. Hitt reflects on her relationships with women in Congress, other top women appointees, the necessity for supportive husbands, and the impact of these changes in American government and society on women in other countries. In closing, she discusses the remarkable unity of the women who were working to advance the cause of equality for women at that time. She returned to private life in California in 1975; her only continuing tie to Washington was service on the White House Fellows Commission.