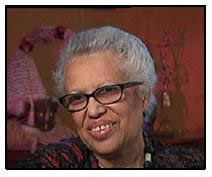 Constance Berry Newman graduated from the University of Minnesota Law School in 1959. From 1969 to 1971 she served as Special Assistant to the Secretary and Deputy Under Secretary of the U. S. Department of Health, Education and Welfare. In 1971 she was appointed Director of Volunteers in Service to America (VISTA), in which capacity she served until 1973. She served as Commissioner of the Consumer Product Safety Commission from 1973 to 1976, serving in 1976 as Vice Chairman as well. She became the Assistant Secretary of the U. S. Department of Housing and Urban Development in 1976, and in 1977 co-founded the Newman and Hermanson Company, of which she was then President. The Company conducted policy research in international development, regulatory matters, housing, transport, and urban development. She was the President of the Institute for American Business from 1982 to 1984 and was appointed Director of the U. S. Office of Personnel Management in 1989, where she served until 1992. From 1992 to 2000 she was Under Secretary of the Smithsonian Institution. From 1999 to 2000 she chaired the Personal Search Review Commission of the U. S. Customs Service and from 1994 to 2001 she was a board member and later Vice Chair of the District of Columbia Financial Responsibility and Management Assistance Authority. Today she serves as Special Counsel for African Affairs to the Carmen Group.

In her interview, Connie Newman starts off by describing her childhood and her education at Bates College and at the University of Minnesota Law School. She describes her search for a job after law school and her employment in the Personnel Department of the Department of the Interior and her work on Commissions, including the Kerner Commission and the War on Poverty. Through Barbara Franklin she became Director of Volunteers in Service to America. She then discusses the satisfaction she received from her various employments and the leadership skills she cultivated. She describes her work with Barbara Franklin on the Consumer Products Safety Commission. They then went on to set up the Executive Women in Government program. She goes on to discuss her recent work as Assistant Secretary for African Affairs at the Department of State and her current work with the Carmen Group, a lobbying group dedicated to government relations and business development.