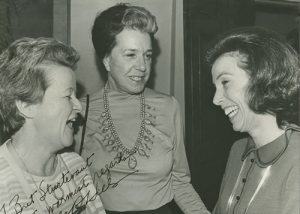 In 1975, Carla Hills was already serving as an assistant attorney general when she was named by President Ford as Secretary, Department of Housing and Urban Development, and became the third woman in the U.S. to hold a cabinet-level position. In 1989, President George H. W. Bush appointed her to another cabinet level position, as U.S. Trade Representative. A free trade advocate, Hills was the primary U.S. negotiator of the North American Free Trade Agreement. A consultant, public speaker and attorney, she was one of the founders of the Forum for International Policy.

American Women: A Gateway to Library of Congress Resources for the Study of Women's History and Culture in the United States

Other Sites on Women in Government and Politics