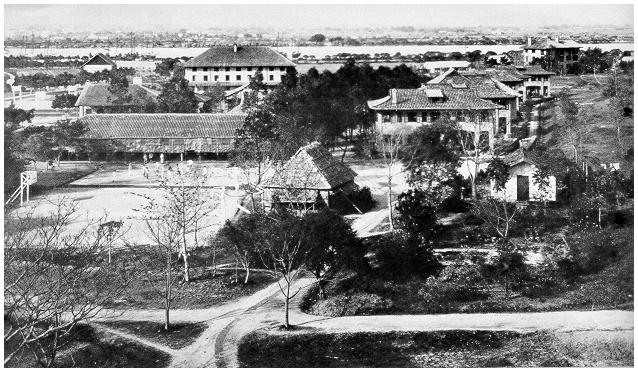 The University by the 1980s was involved in more than fifty international educational programs, ranging from the College of Education's faculty and student exchange agreement with Taiwan National Normal University, to a cooperative project in business education and executive management with the University of Zimbabwe, to the interdisciplinary Australian Studies Center in the College of Liberal Arts. International research and study at Penn State had its roots in a hands-across-the-sea activity started by George Weidman Groff "Daddy" (an undergraduate nickname) Groff, a native of Annville, a devout Christian, and a 1907 graduate in horticulture, journeyed to southern China under the auspices of the Presbyterian Board of Missions soon after he received his degree. He became affiliated with the Canton Christian College, an institution founded and directed by Americans, and established a pioneer curriculum in agricultural education. He also launched a variety of research projects designed to improve the efficiency of Chinese agriculture and alleviate widespread famine in that nation. To support Groff's work, Penn State faculty and students in 1911 organized a Penn-State-in-China program, similar to the missions that at least a score of American colleges had founded or humanitarian purposes in the Far East. Financial contributions came mainly from donations made at Sunday chapel services.

In 1921, Groff organized and became dean of agriculture at what soon was to become Lingnan University, successor to the Canton Christian College. Sustained by assistance from his alma mater, he carried on a series of investigations involving vegetable plants, citrus crops, and litchi trees. Faculty and students were occasionally exchanged between Lingnan and Penn State, and Groff made plans for a plant exchange program as well. The 1920s constituted a turbulent period in Chinese history, with frequent, violent outbursts of hatred and resentment against foreigners. Yet by all accounts, "Daddy" Groff remained one of the most respected and admired Westerners in all of southern China.

His health broken and his work threatened by the Japanese invasion, Groff left China in 1941—by which time Penn State students and faculty had donated more than $150,000 to aid his work. Taking up residence in Florida, lie looked to the day lie could return to his adopted land. Groff did go back to China as a United Nations agricultural rehabilitation Officer in 1946-47, and a Penn State-in-China program was briefly resurrected, but the fall of mainland China to the Communists in 1949 put an end to virtually all ties with the West. Groff died in 1954, despairing that his life's work had been in vain.

That work was only a memory when President Nixon visited China in 1972, opening relations between that nation and the United States for the first time in more than two decades. Two years later, University President John Oswald led a delegation of twelve Penn State scholars on a three-week tour of China, including a stop at Sun Yat-sen University (formerly Lingnan). By the end of the decade, Penn State's College of Agriculture had reached an agreement with the South China Agricultural College—a successor to Lingnan's agricultural college—to begin collaborative investigations in poultry genetics, pest control, and several other areas. "Daddy" Groff would have been pleased. 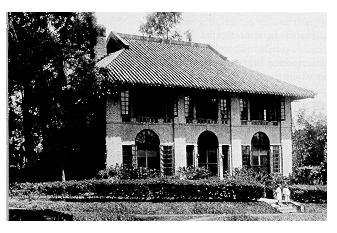 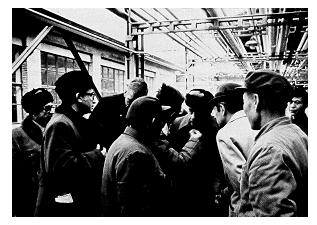 President Oswald and other members of the Penn State delegation listen to their Chinese hosts explain the workings of a petrochemical plant.