Call numbers appear differently on the book spine and on the online catalog screen. 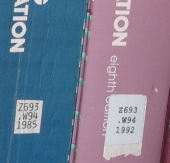 Call numbers as they appear in the CAT - single line

The following call numbers are arranged correctly as they would appear on the shelf. 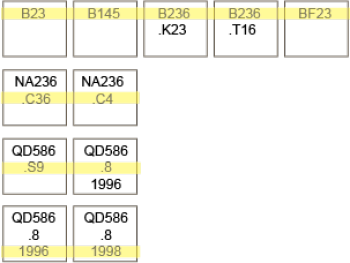 Except where otherwise noted, this work is subject to a creative commons attribution 3.0 license. Details and exceptions