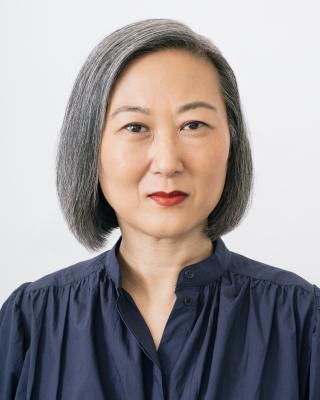 Julie Park is Paterno Family Librarian for Literature and Affiliate Professor of English. She is an established scholar of eighteenth-century British literature who focuses on interdisciplinary and intermedial research in material and visual culture, architectural and landscape design history, textual materiality, book history, manuscript and print studies, and the history of subjectivity. She brings to her role at Penn State a rich background as an author and editor of several books, articles and essays, a teacher of undergraduate and graduate-level courses in English literature and book history, and a curator of rare books and manuscripts.

Her second book, My Dark Room, which examines the spaces of solitude and enclosure that gave eighteenth-century British subjects closer access to their inner worlds, will be published in 2023 by the University of Chicago Press. Her first book, The Self and It (Stanford University Press, 2010), is an investigation of inanimate objects made to look human–dolls, puppets, automata–and their vital roles as media for self-fashioning in eighteenth-century England. Recent interdisciplinary collections she has edited that bring together literary scholars, cultural historians, and art and architectural historians working across a range of historical periods include Getting Perspective, a special issue for Word and Image, and Organic Supplements: Bodies and Things of the Natural World, 1580-1790 (University of Virginia Press, 2021).

Her current book project, Writing’s Maker, studies the materiality of life-writing in eighteenth-century England’s multimedia forms and formats of self-inscription: commonplace books, pocket diaries, extra-illustrated books and handwriting itself. It has been supported by funding from the Bibliographical Society of America, the Paul Mellon Centre for Studies in British Art, and the Dunscombe Colt Research Fellowship in Architectural History and Material Culture at the Bodleian Library. Research awards she received for prior projects include major fellowships and grants from the Folger Shakespeare Library, the Huntington Library, the Howard Foundation, and UCLA’s Center for 17th- and 18th-Century Studies and William Andrews Clark Memorial Library.

She has been invited to lecture and share her research at such institutions as the University of Sydney, the University of Edinburgh, the Freie University Berlin, Columbia University, Wake Forest University, Harvard University, and the Center for Book Arts. Past exhibitions she has curated include The Interactive Book and Portable Devices (featuring notebooks as early information storage tools), both at the New York University Libraries Special Collections Center. She has served as an editor of the prize-winning peer-reviewed journal Eighteenth-Century Fiction and is on the Advisory Board of The Papers of the Bibliographical Society of America.