James Robertson was Professor of Engineering Research, Director of the Garfield Thomas Water Tunnel and Assistant Director of the Ordnance Research Laboratory at Penn State. He came to Penn State after directing the film Weapon of Stealth for Johns Hopkins in 1952. James left for the University of Illinois in 1954, so the couple were only briefly in this home.

The Robertsons appear to have had champagne tastes but only a beer budget! They purchased two lots but built a home of only about 1,500 square feet (excluding a walk-out basement area which was semi-finished). At the time they had a terrific view of the Tussey Mountains. As with many other areas in town the Borough’s emphasis on street trees of large size has obscured the once fantastic outlook. 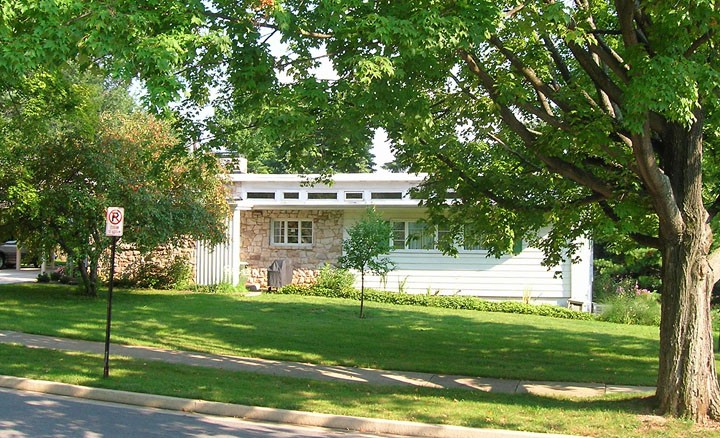 Heidrich placed the great room to the rear to take advantage of the view as well as putting the main entry to the left side. The “front” door pictured is actually a utility door to the kitchen facing Nimitz. The stone facing and vertical slat screening treatment were used elsewhere by Heidrich. 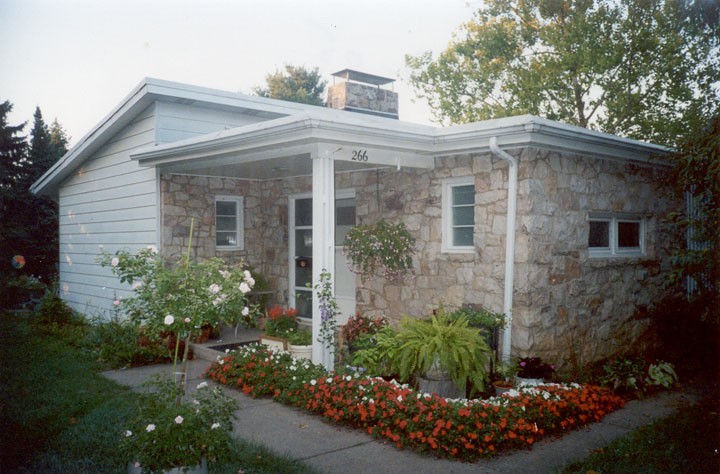 The main entry is on the East side of the house.

A utility entry is off of the kitchen and a basement entry is to the West. 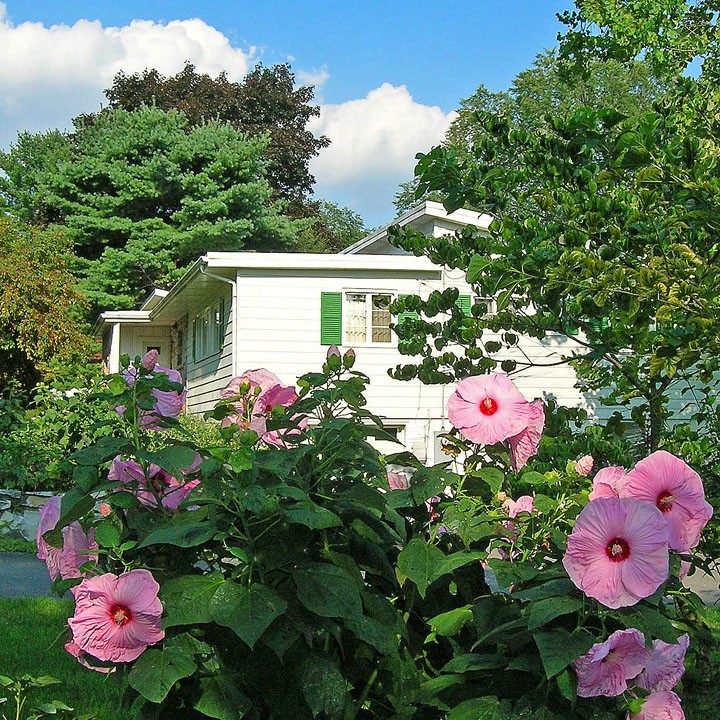 A 30-foot patio is off the great room; two bedrooms are to the left. 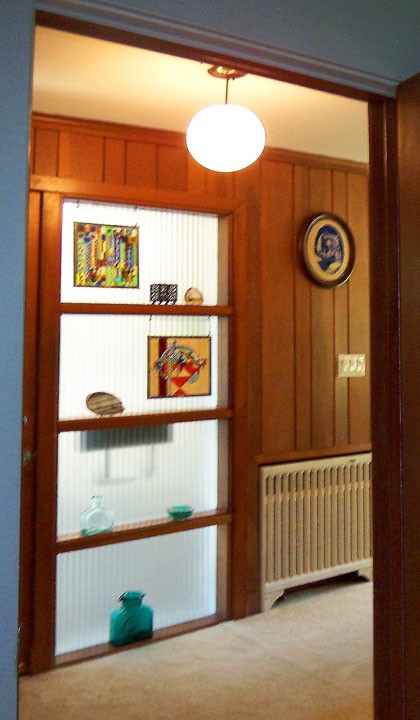 The entry door side lights use translucent, rippled glass, a period material that Heidrich used elsewhere. The low entryway enhances the apparent size of the great room, a Frank Lloyd Wright technique. 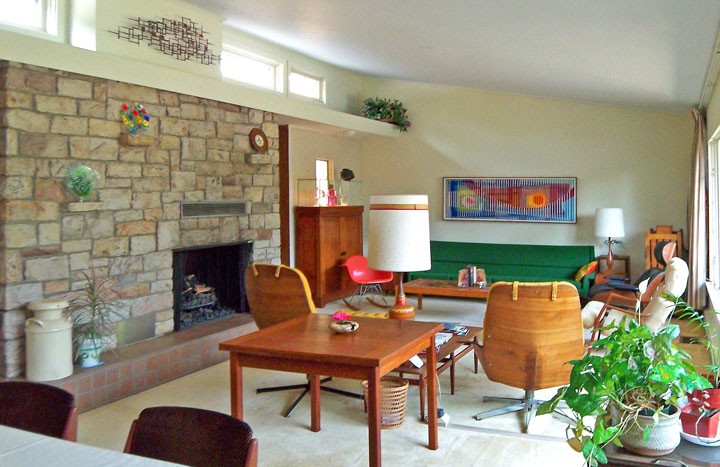 With a wall of windows to the South and clerestory windows to the North, the great room is flooded with light. A large overhang protects the interior from harsh summer sun, but allows low winter sun in. 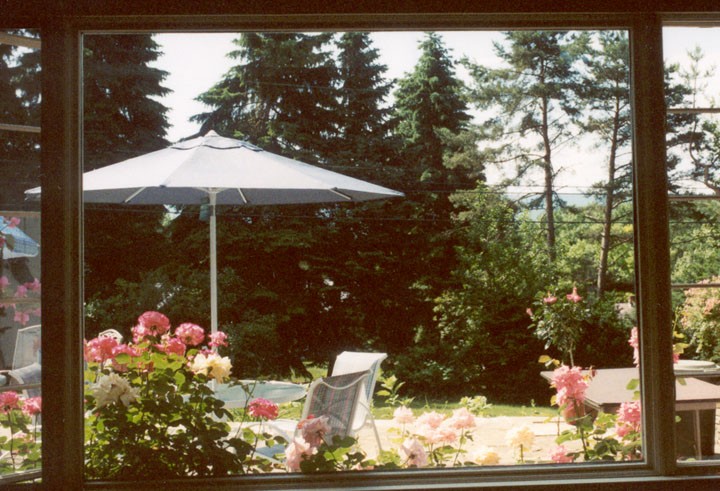 Trees now block the full mountain view that the home had when built; the ridge is somewhat visible to the right. “Wall of windows” is used rather than "window wall” as the windows are only a little over half height. The illusion of bringing the outdoors in is maintained but at a much lower cost. 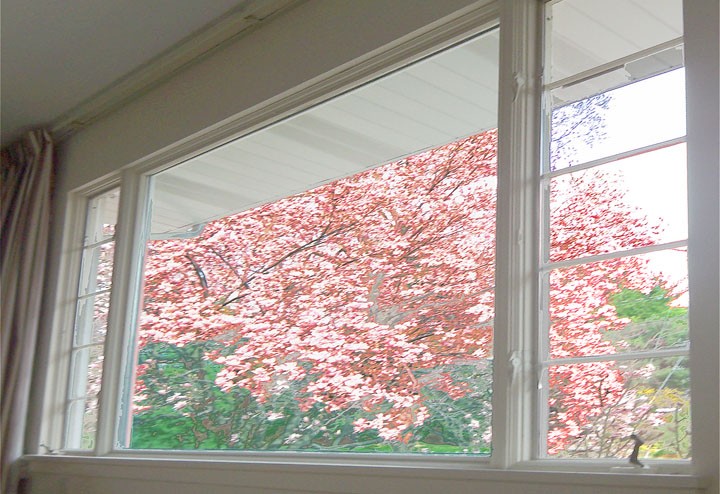 The northern magnolia is one of the first trees to bloom in Spring but it is unfortunately sensitive to frost. From the size of the tree it was likely planted soon after the house was built, over fifty years ago. The leaves are heavy also and are a favorite hiding spot for birds of many varieties. 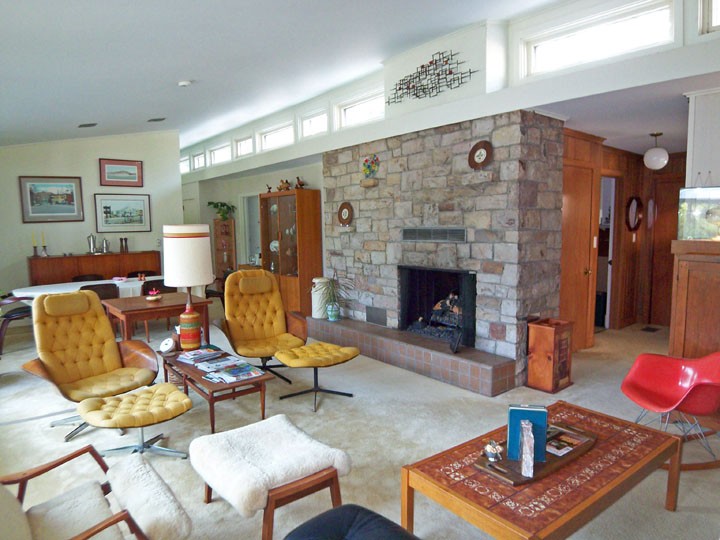 The fireplace is the focal point of the great room if the drapes are closed. While Heidrich’s designs were eclectic, they often featured a low shed roof and clerestory windows. A light shelf under the clerestory windows runs nearly the full length of the house. 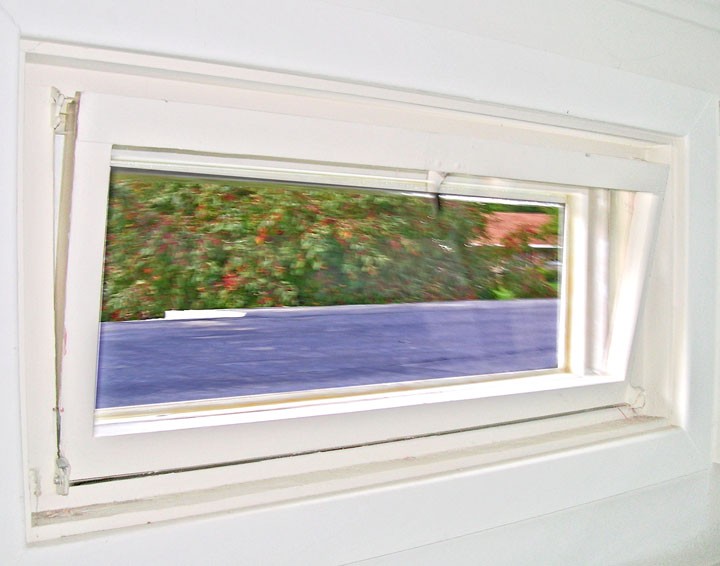 Natural ventilation is provided with the shed roof and clerestory windows.

A deep closet behind the fireplace provides yet more storage. 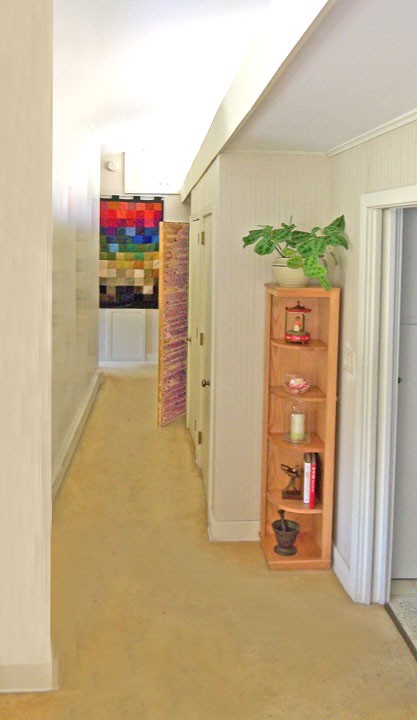 The wing wall and end turns of the hall give an illusion of great length; bathrooms, bedrooms, and a study are off of the hall. 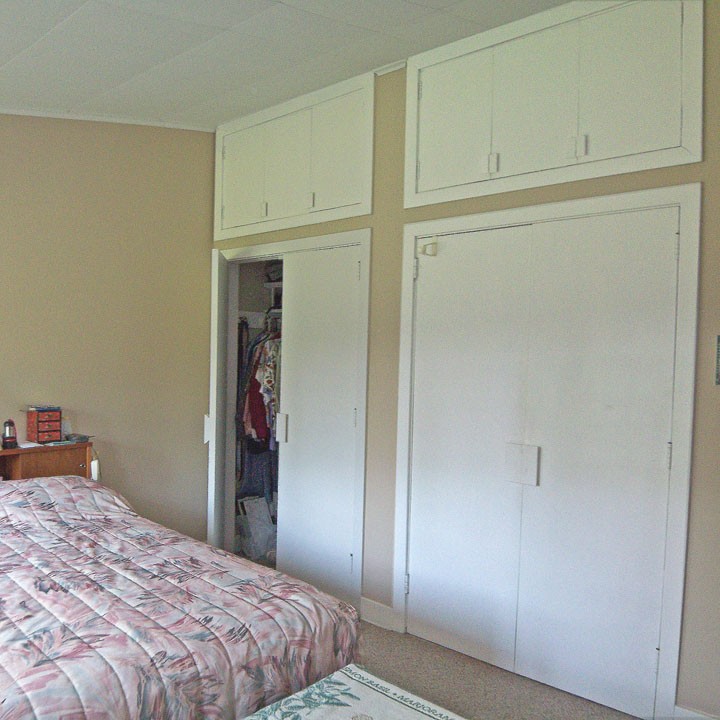 The master bedroom closets have Heidrich-designed door pulls. Additional storage is provided by a mini-attic above the closets. 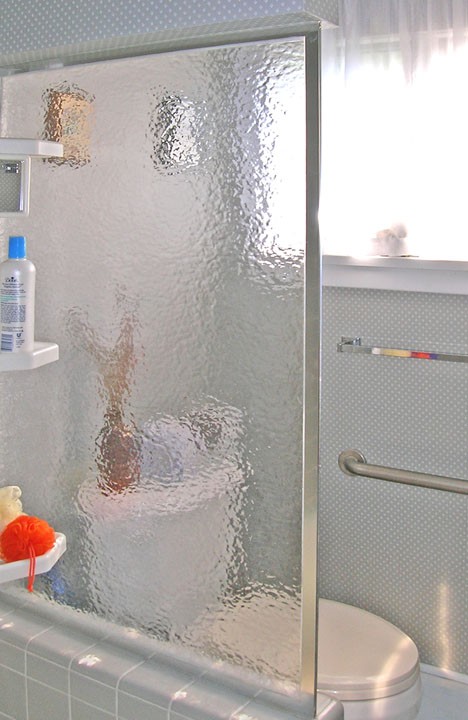 A translucent glass panel allows natural light into the tub area in the master bath. 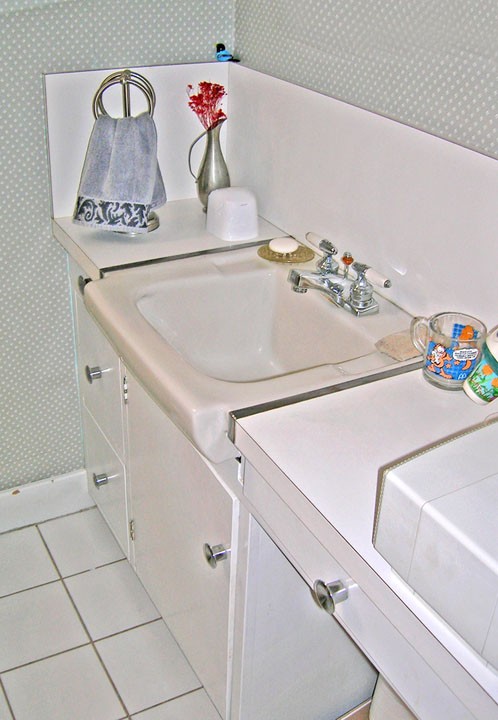 The lavatory and built-in cabinets are original to the house; countertops are Formica. 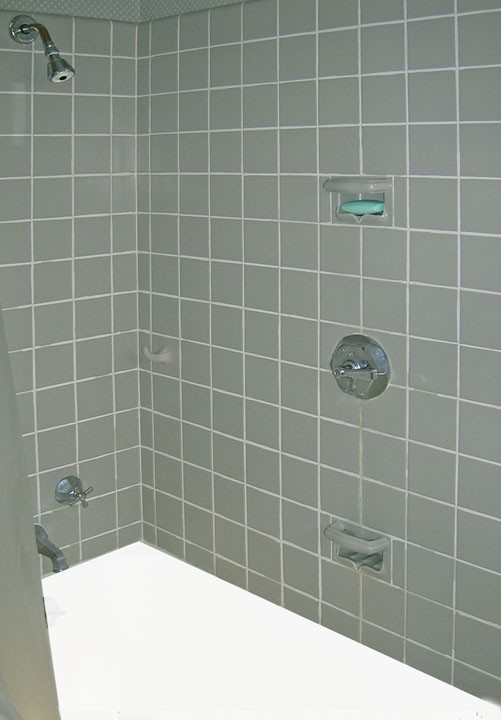 The shower control was centered over the tub for easy temperature adjustment. 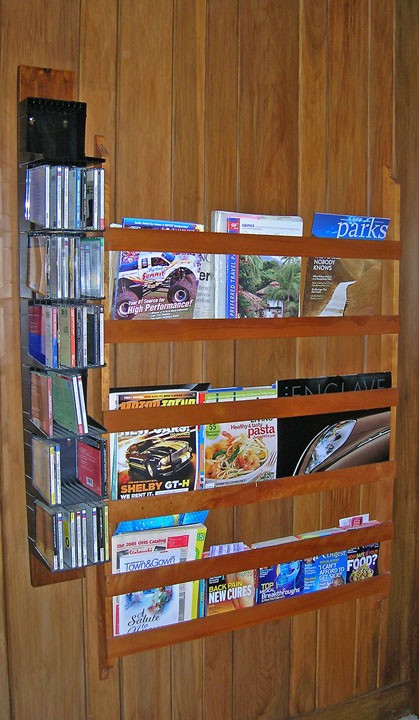 A wood-paneled study/den has a built-in magazine rack; the paneling is similar to that of the entry. 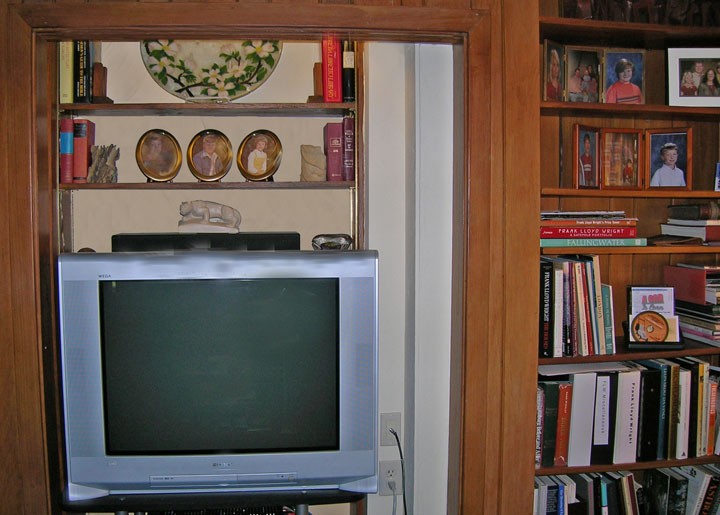 Adjustable shelving lines the rear of a closet-sized area as well as a bookcase depth area. The former, now with a TV, probably was originally intended for a desk. 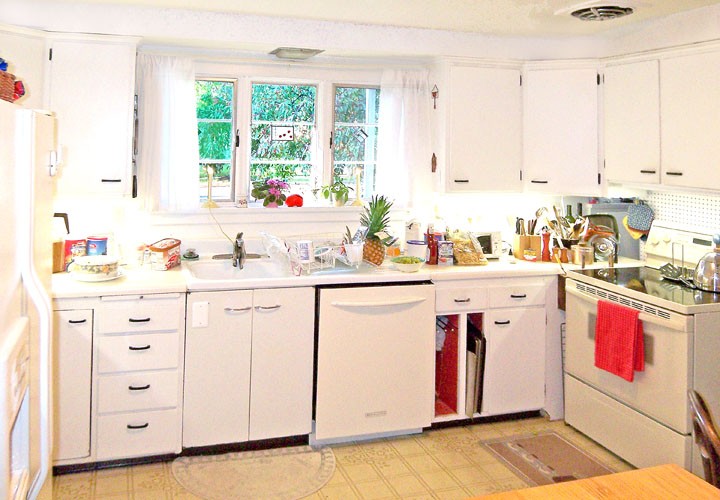 The kitchen had a classic work triangle layout—refrigerator to the left, sink and workspace center, and range to the right. The original sink-dishwasher-disposal were an integrated Kitchen-Aid unit with a steel cabinet (sink and cabinet remaining). 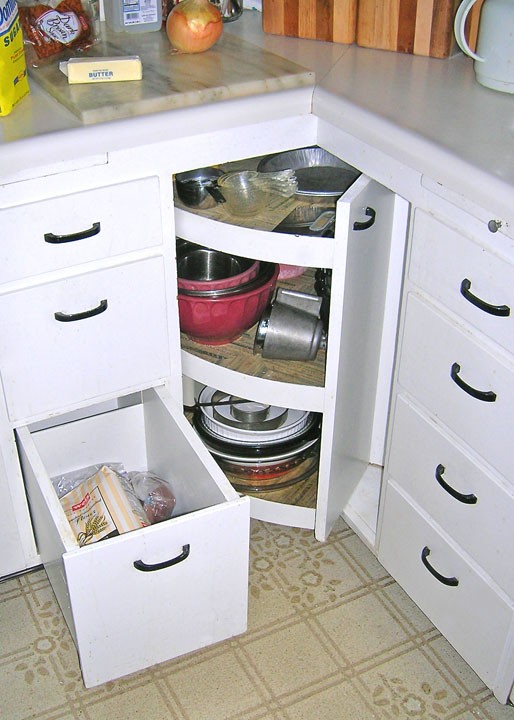 All cabinets were custom made, including this rotating corner unit, an uncommon feature at the time.

Spaces were included to the right of the sink for towels and baking sheets. 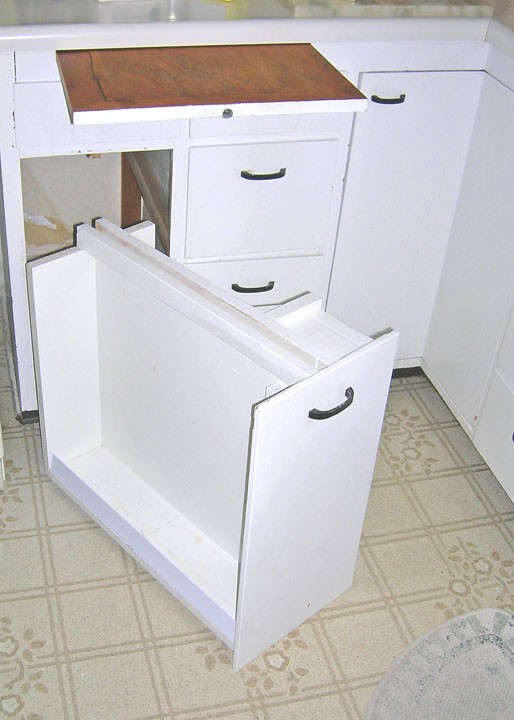 The use of this storage unit is unknown; there is a partial top on the right side; a matching cutting board is nearby. 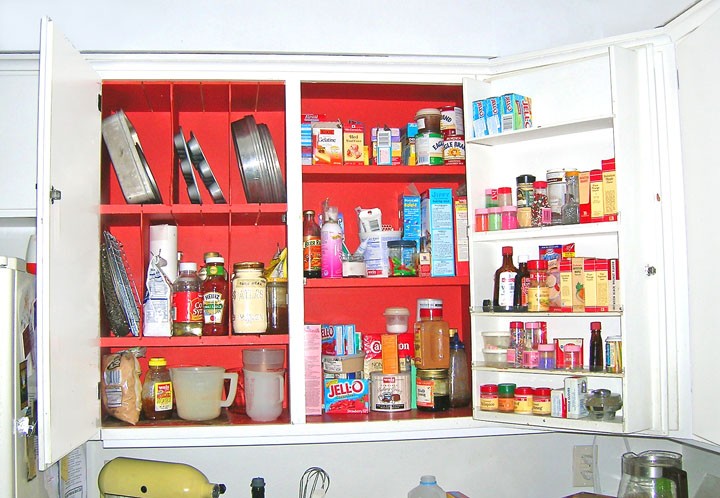 The pegboard area was formerly a pass-through to the dining area. The table, spice wheel, and roll dispenser are of the period. 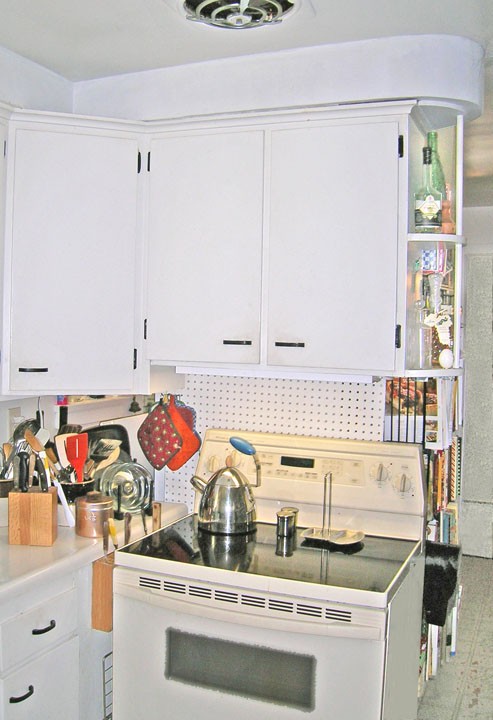 Don’t miss the built-in knife holder to the left of the range.

Beyond the divider are areas for laundry, sewing, ironing, and planning, with a built-in wall-hung desk and many other cabinets and shelves. There is also a half bath. It is likely that much of the detail planning was done by Margaret. 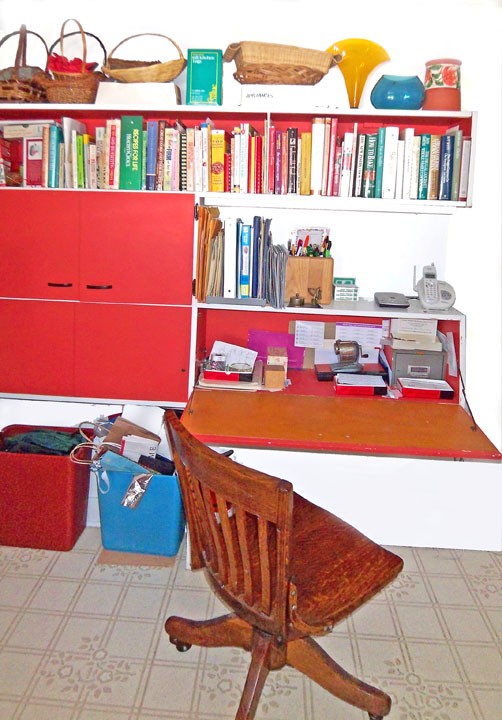 The laundry-ironing-sewing-planning area of the kitchen had a wall-hung desk as well as a storage area for cookbooks and miscellaneous items.

In many ways, Heidrich created the ultimate Usonian house envisioned by Wright. Unfortunately Wright’s homes for moderate income persons seemed to always come in at double the planned budget. They all featured expensive window walls and radiant heating and often extensive masonry work. Heidrich reduced window sizes but maintained the effect. He used baseboard heating which allowed for basements as well as being lower in cost. He did follow Wright’s example of modest-sized bedrooms, also used by today’s “green house” principles of compact spaces. Snow builds up on the low-pitched roof, sometimes causing mini-avalanches. 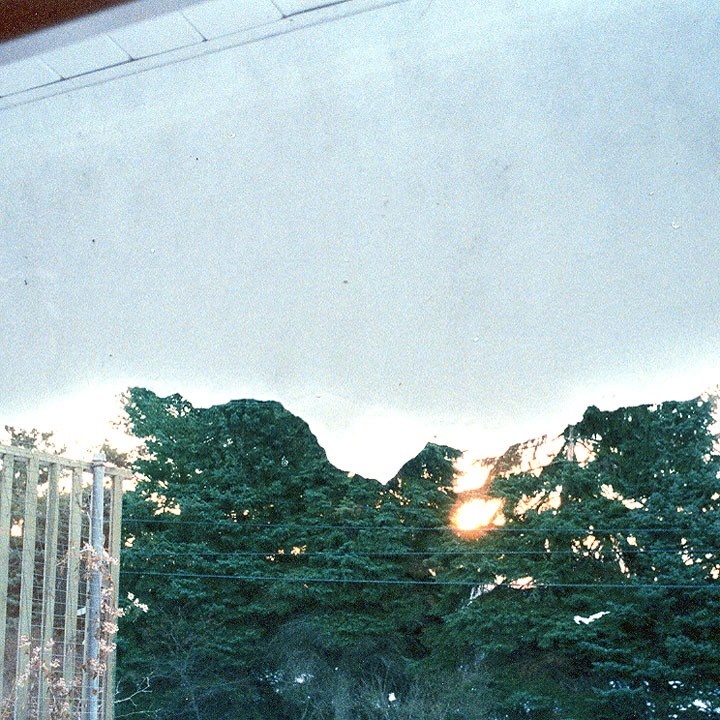 From inside the house the effect can be weird and even scary if the pile lets loose while residents are asleep.