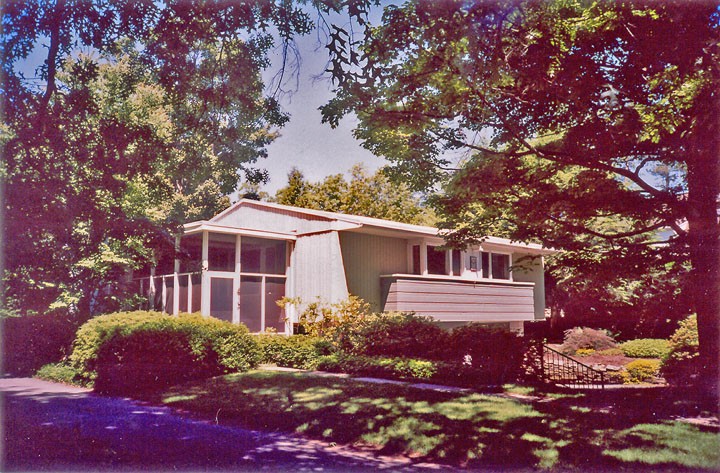 The Heidrichs acquired three lots on West Park Avenue when their first house was built. This one was closest to Atherton Street. Then Beaver Stadium was at Park and Allen just beyond the Nittany Lion Inn and son Gery recalls making spare money by parking cars there for a quarter for Penn State home football games.

This house was designed as a symmetrical duplex. The first tenant for the second half was John (Jace) O’Connor. John was a co-founder of The Tavern Restaurant with Ralph Yeager. John liked the house and its location and made an offer to the Heidrichs for its purchase. The Heidrichs accepted and Ken designed Heidrich House III down the avenue for the family. As Ken was the contractor for the house, John was the first registered owner.

Here the history gets murky, with the principals now deceased. John rented out the other half for some years. When Dottie accepted his offer of marriage, she insisted that she wanted a single house. They engaged Ken to do the conversion, including the addition of a fireplace. 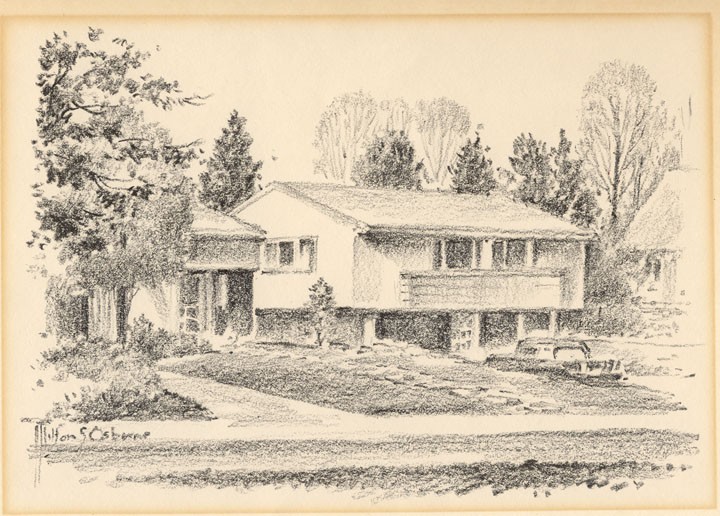 Friend and neighbor and former Department of Architecture head Milton Osborne created this sketch of the house for the O’Connors. 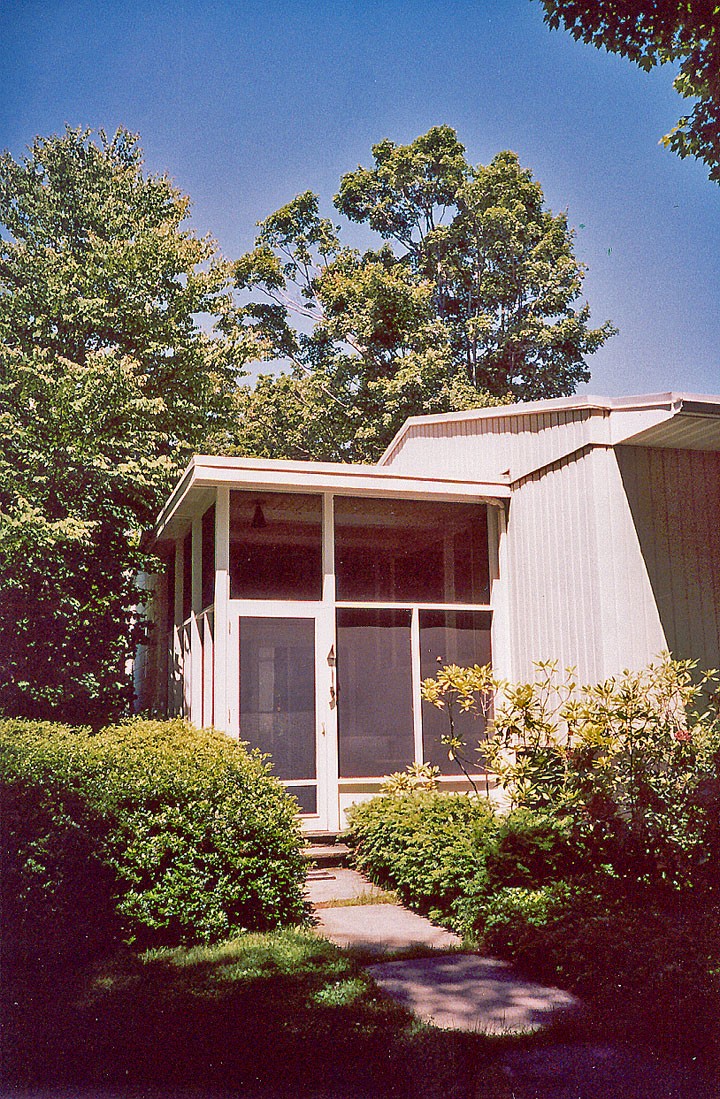 Entry to the home is via a screened-in porch to the side. 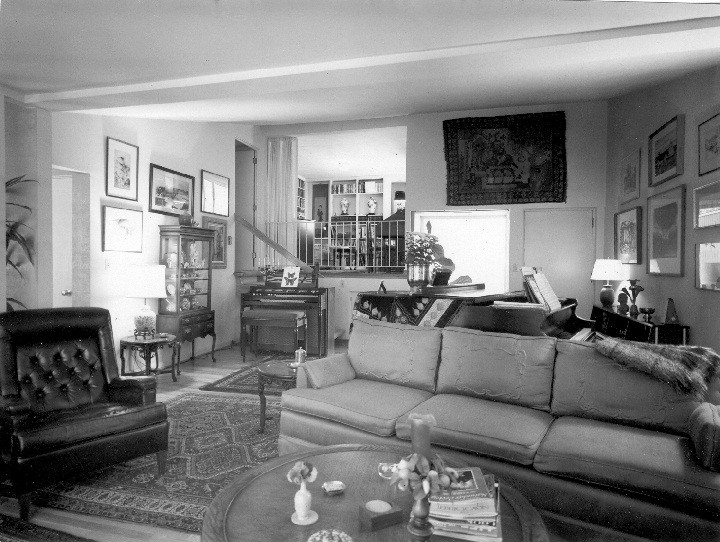 Dottie and Jace both loved art and music and were patrons of the arts. Their living room was large enough to easily accommodate both an organ and grand piano.

Dottie also loved modern dance and was a professor in Penn State’s former College of Physical Education. There she was head of the Modern Dance Department and adviser to the Modern Dance Group. She also taught at Boston University. 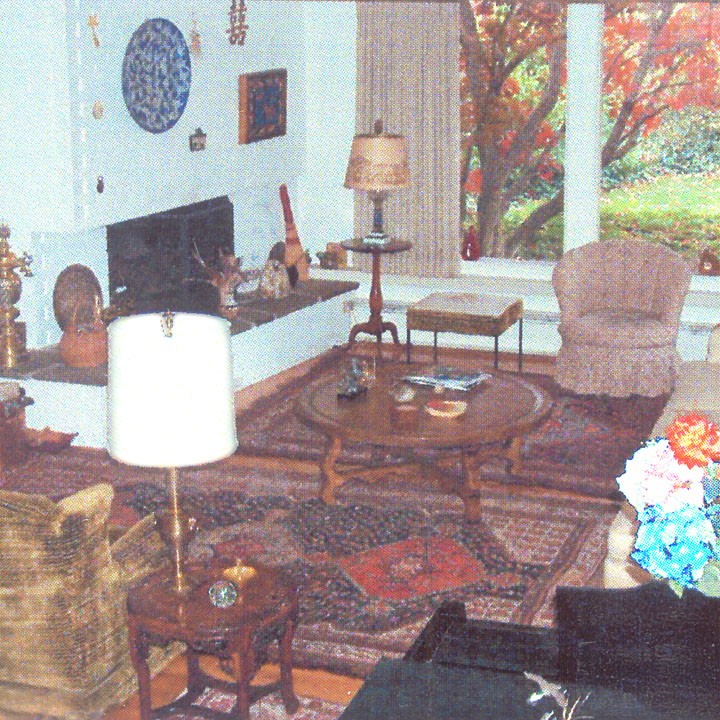 The living room fireplace has a wrap-around, raised hearth. Heidrich included small metal tabs in the brick so objects could easily be hung. The large Japanese porcelain bowl is now in the Palmer Art Museum. The window overlooks the rear garden. 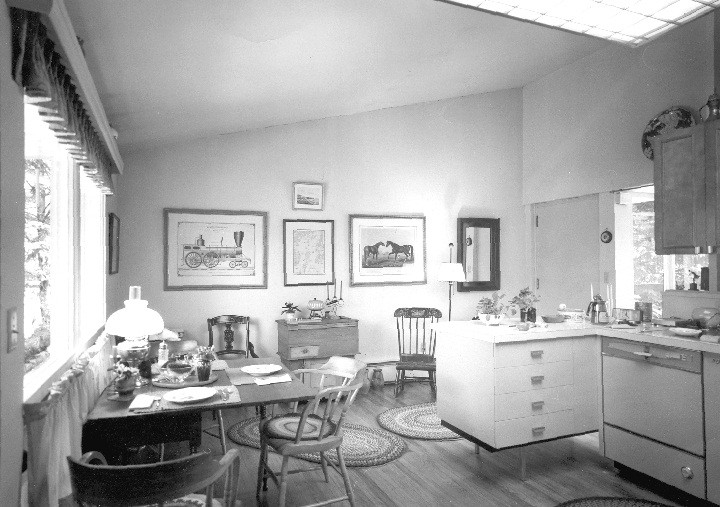 Serving large groups is made easier by a commodious kitchen. The arm chairs were formerly in a jury box at the Centre County Courthouse. The breakfast table also provides for a rear garden view.

Paintings abound throughout the house, even in the kitchen. Dottie was a co-founder of the Central Pennsylvania Festival of the Arts. 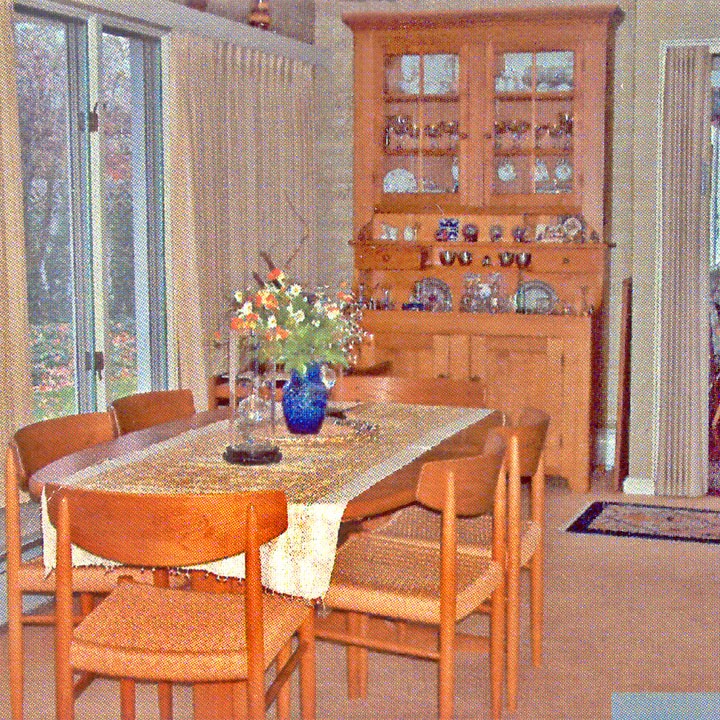 The separate dining room was also spacious and could accommodate a large party. This window overlooks the rear garden as well. 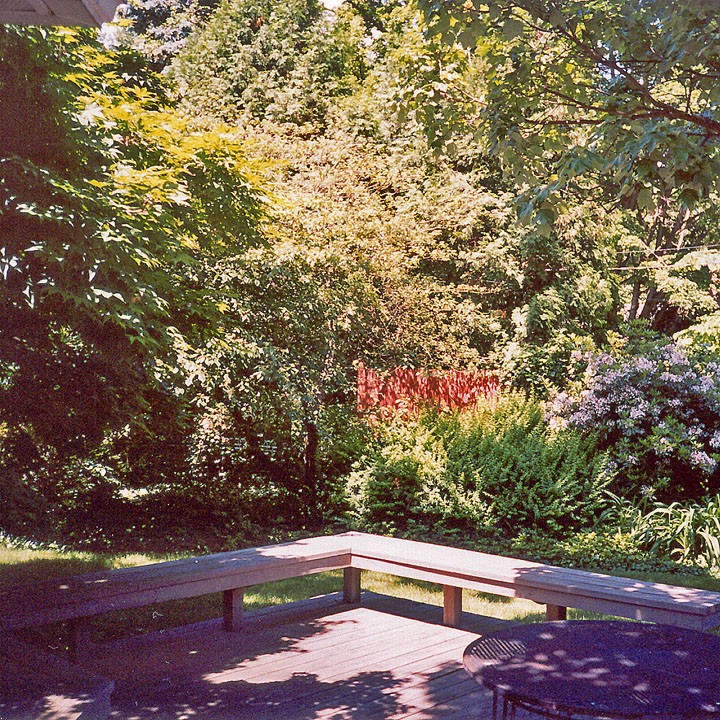 The garden area was beautifully landscaped to provide privacy. Built-in benches on the patio added seating for large parties. 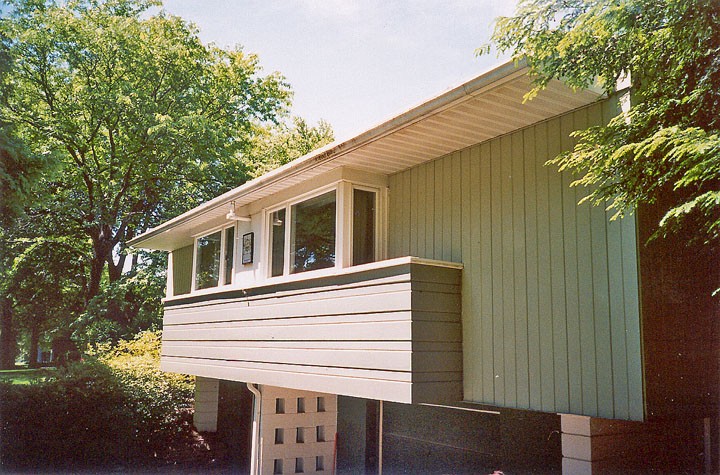 Surprisingly the two front rooms facing the White Golf Course are both bedrooms. The bulge under the windows was for luggage closets accessible from the bedrooms. A sundial between the windows was shadowed at the time of the picture. Note the varied textures that Heidrich used in his design. 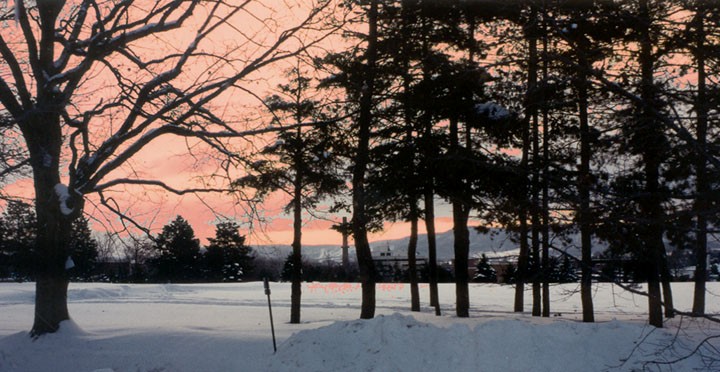 The view from the front is across the University White Golf Course to the Tussey Mountains. 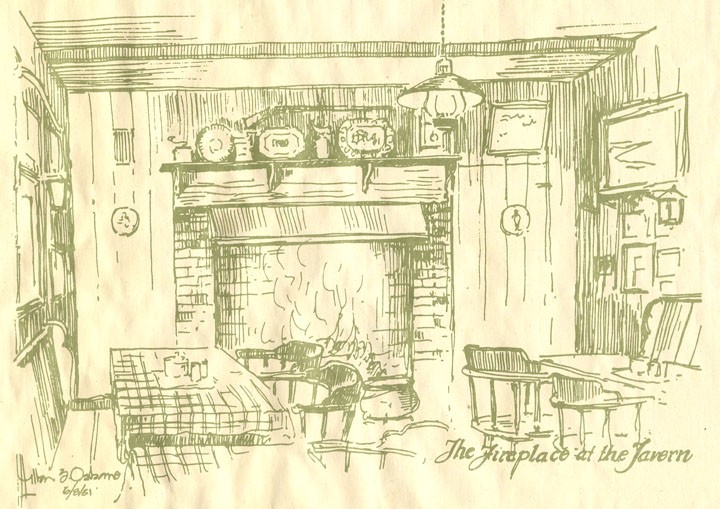 The Fireside Room of the current Tavern Restaurant was originally the whole thing. John O’Connor and Ralph Yeager founded the restaurant in 1948. The location had previously been a bakery.

Then open Monday through Saturday, the two men alternated evenings in the kitchen. The two were very particular about quality and personally inspected every plate before it left the kitchen. The restaurant gradually became a town icon and now is an entire block in length.

The proprietors were avid collectors of Pennsylvania town drawings from the 1800s. Their collection adorned the walls of the restaurant and became a distinguishing feature of the establishment. After their retirement, many of the most significant works were donated to The Palmer Art Museum of Penn State. The O'Connor-Yeager Collection has been digitized and is available for viewing online via the University Libraries Digitized Collections.