The McCormick House is believed to be the first home in State College proper to be of the Mid-Century Modern Design. Phil Hallock’s first followed a year later and Bill Hajjar’s first (just two doors down Westview) was not until about 1953.

W.D.’s father had owned much land in the West College Heights area and sold the land for the White Golf Course to Penn State. He was President of the First National Bank as well so presumably W.D. did not have a problem financing his home, as was the case with Hallock. 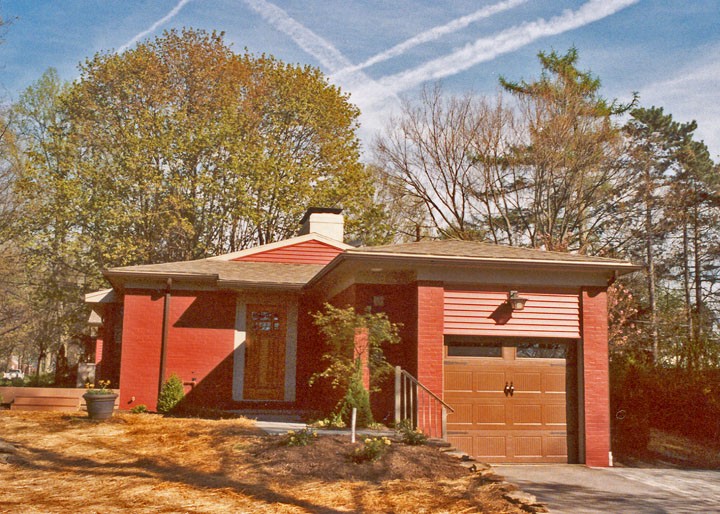 The main entrance door is somewhat hidden in the shadows to the left of the garage. 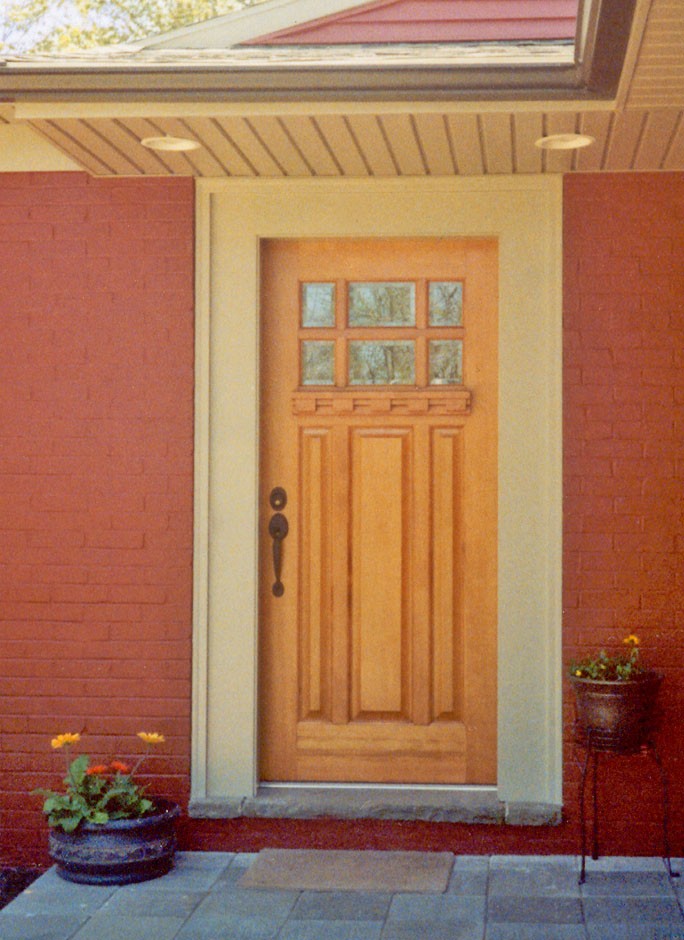 This elevation of the East side faces Fairway Avenue. Note the quite large picture window in a style very typical of the period. A master bedroom suite has since been added to the left and glass double doors now replace the window. 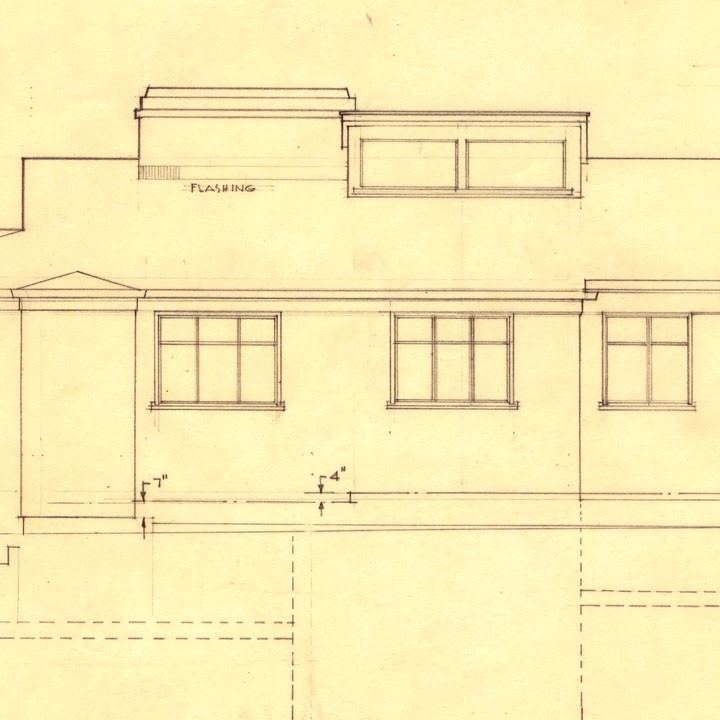 The central part of the West elevation shows a small utility porch for the kitchen to the left. The clerestory window for the great room, a Heidrich trademark, is quite evident at the top. 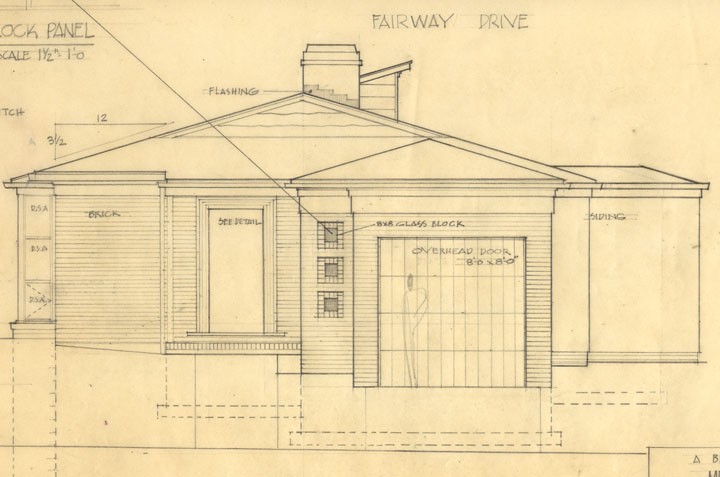 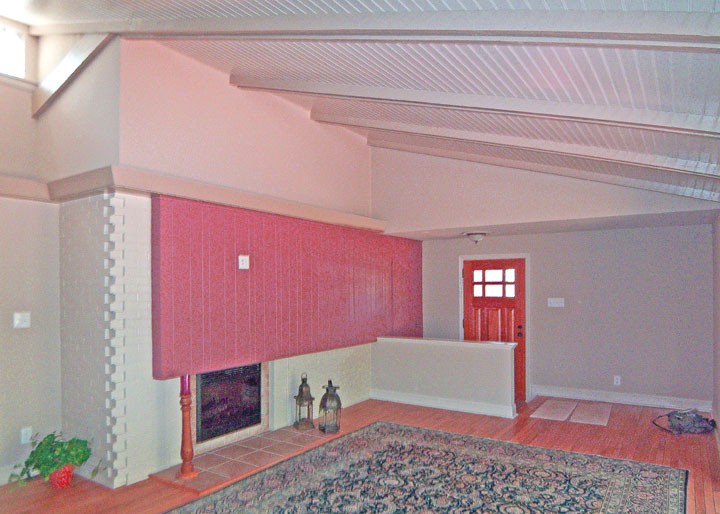 This view of the great room is towards the main entry on Westview. The entry is sunken slightly and there is a closet somewhat hidden to the left of the door. Note the sculptured effect of the fireplace wall, which is still very contemporary. The clerestory window is to the upper left. 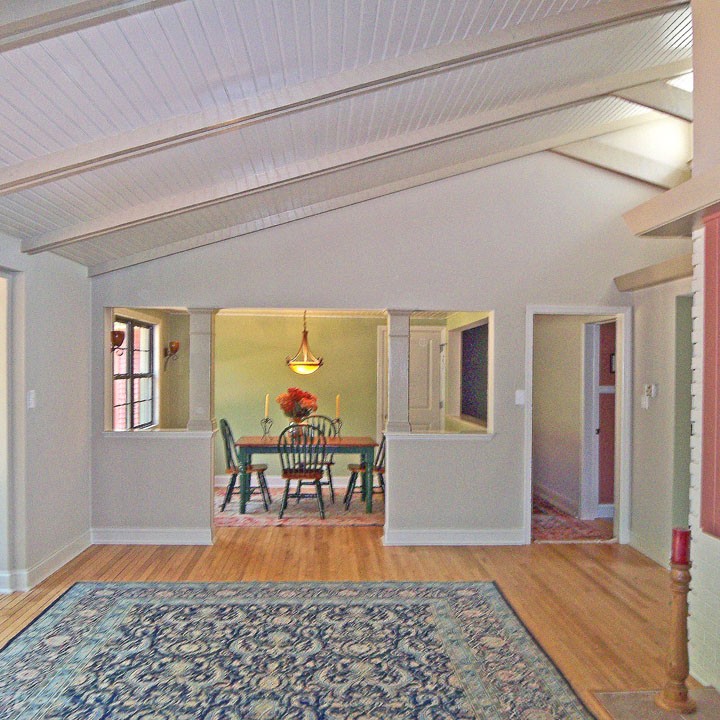 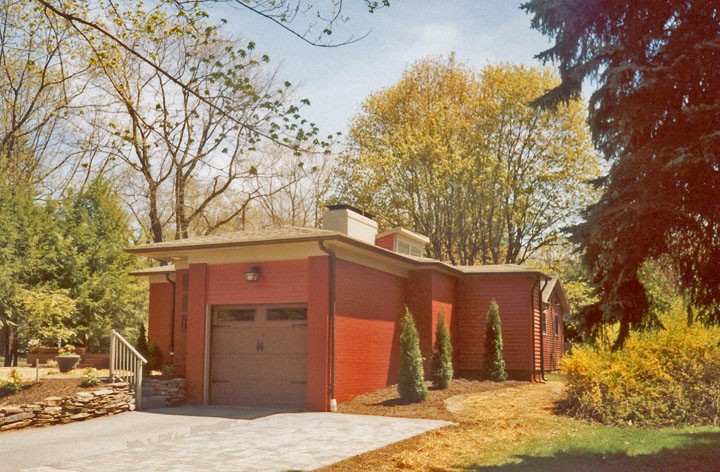