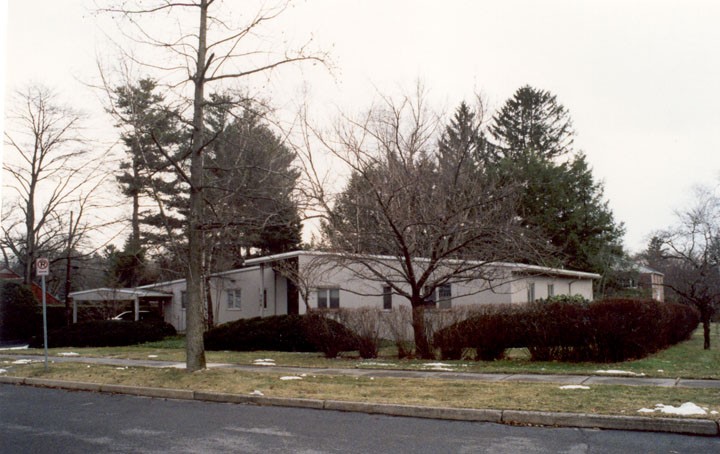 The Kalins were social friends of the Heidrichs as well as being admirers of Ken’s architecture.  They first looked at the McCormick House when it became available for purchase. On further thought it was not what they had in mind.  They then found a site in College Heights that they liked and decided that they really should build for their fairly well-defined preferences.

Margot loved flowers and there was not much yard space with the McCormick House. Also, they wanted space for two cars.  The Kalins also had several family heirlooms that they wished to showcase and this could be accomplished with a design for that purpose.

The Kalins were well-known local business persons.  Sanford and his brother Arnold operated Kalins’ Men’s Store in the one-hundred block of Allen Street for many years in the fifties and sixties. Their sister Mildred operated the Kalins’ Dress Shop next door with husband Isadore Steinberg.   Both shops were designed by Ken, who also did the sister’s home at Patterson Street and Fairmont Avenue.  Margot worked for many years with Peoples National Bank (currently the second First National Bank in town). 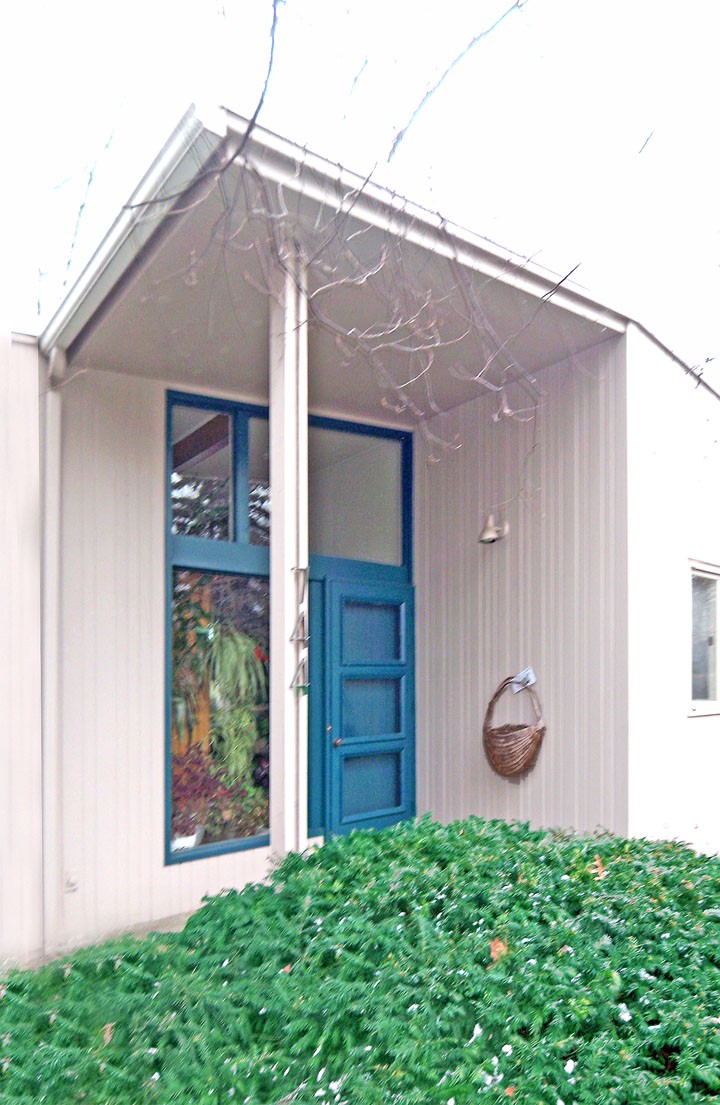 Interior plantings welcome the visitor to the inside of the house. 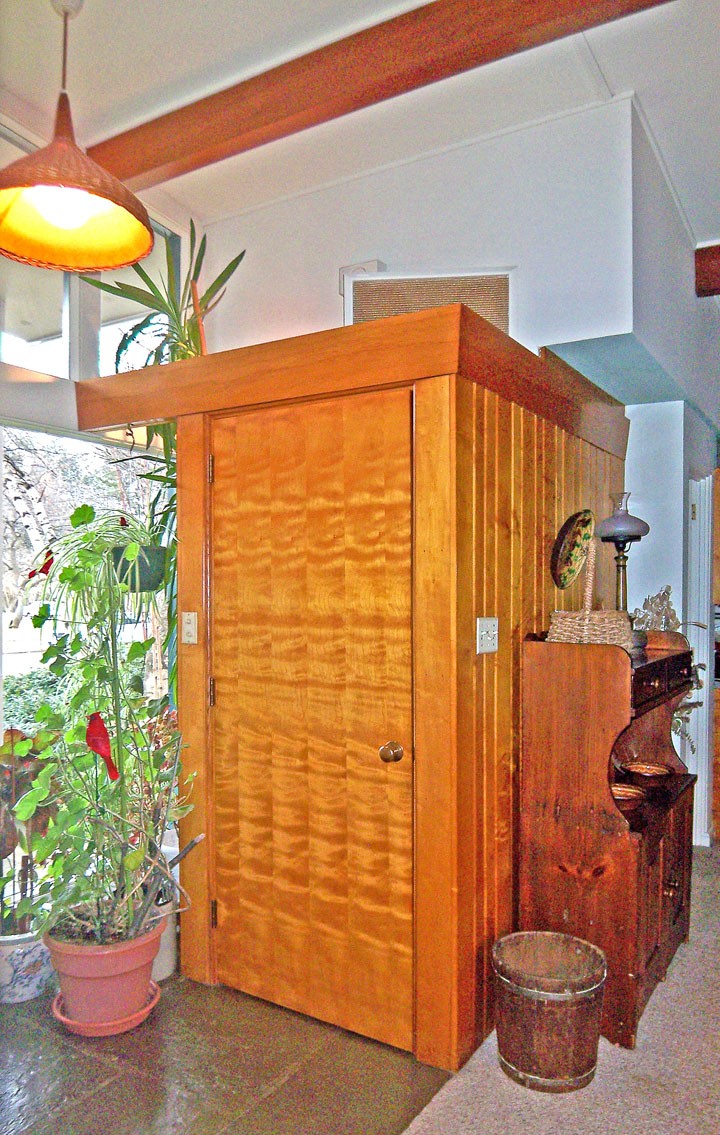 Just inside the doorway is a free-standing coat closet. 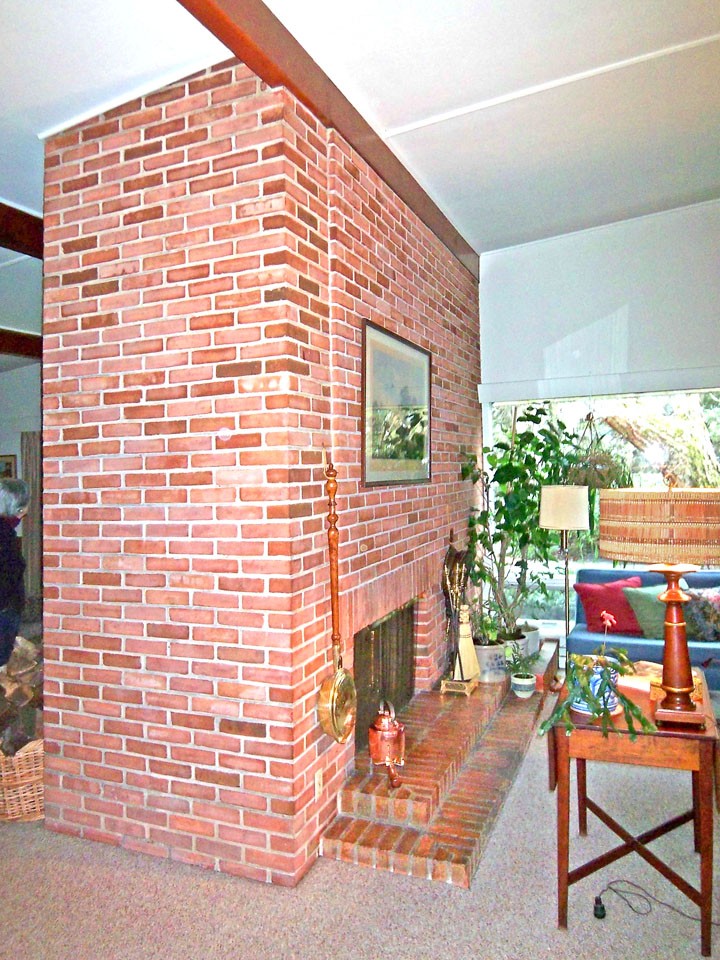 Opposite the entry is a large two-sided fireplace. Ken was very reluctant to include this as he had not previously done one and he was afraid that it might not draw well. It did turn out to have a very good draft.  Just beyond are large picture windows to a patio and garden. Thus from the entry one can see completely through the house. 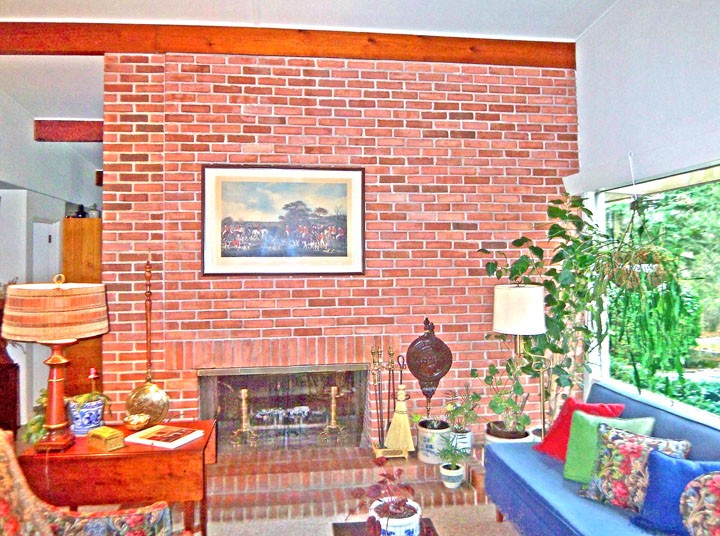 The living area side of the fireplace is a bit more formal. Both sides have raised step hearths. 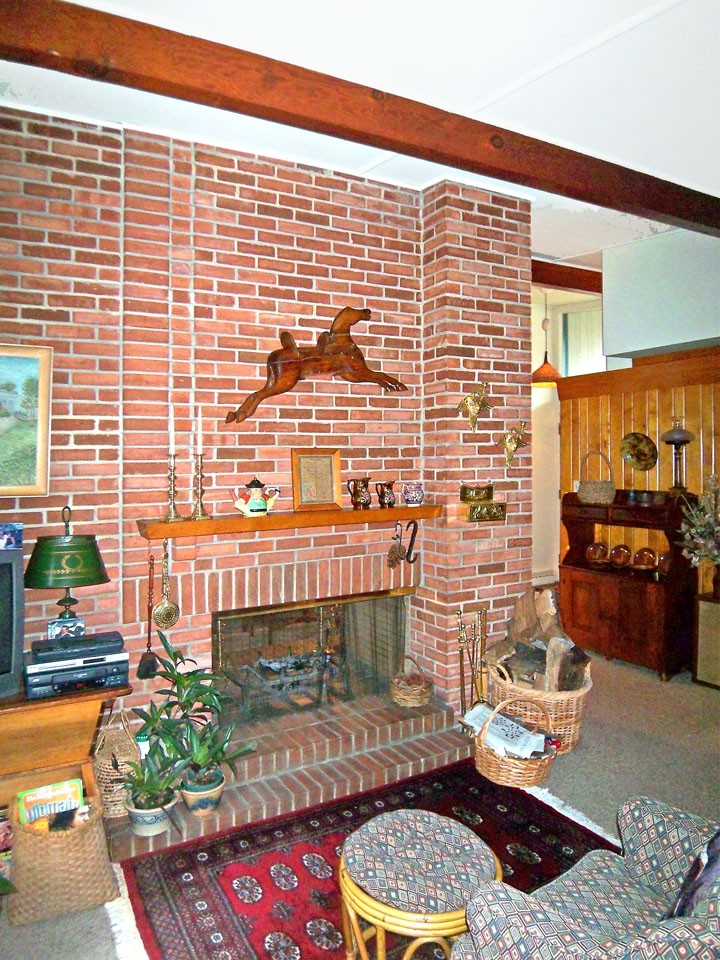 The dining area side of the fireplace has subtle sculptural detailing in the brick, a Heidrich trademark. 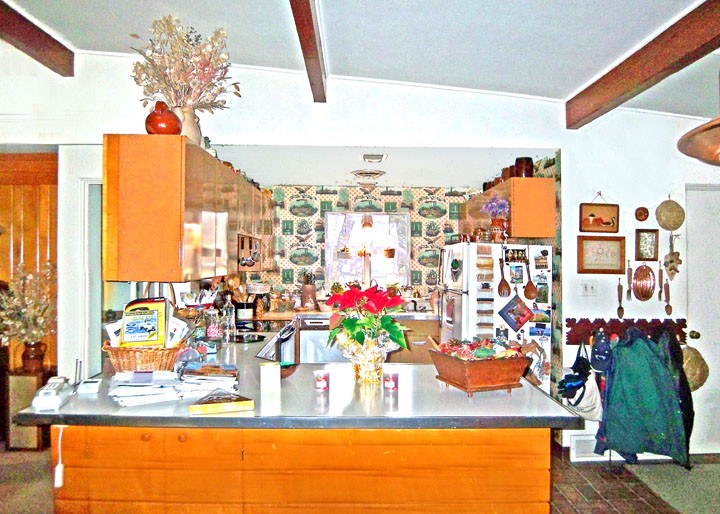 The kitchen is open to the dining area. Margot wanted solid maple cabinets, but to her dismay Ken insisted on then fashionable metal cabinets. They have held up very well and she has not replaced them. 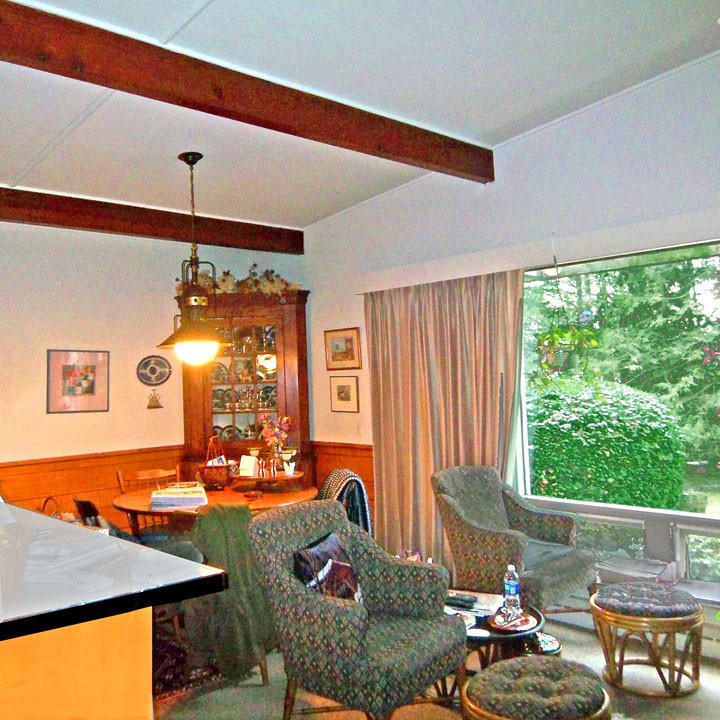 The dining/family room area also has a picture window to the patio and garden. 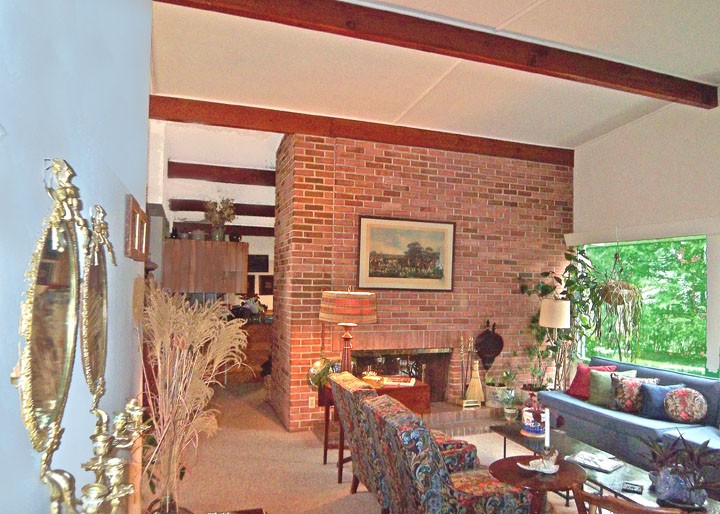 The living room is shown toward the fireplace. Note how the indoor plants blend with the outdoor vegetation, creating an outdoor feeling. There is also a blend of family heirlooms with more modern pieces. 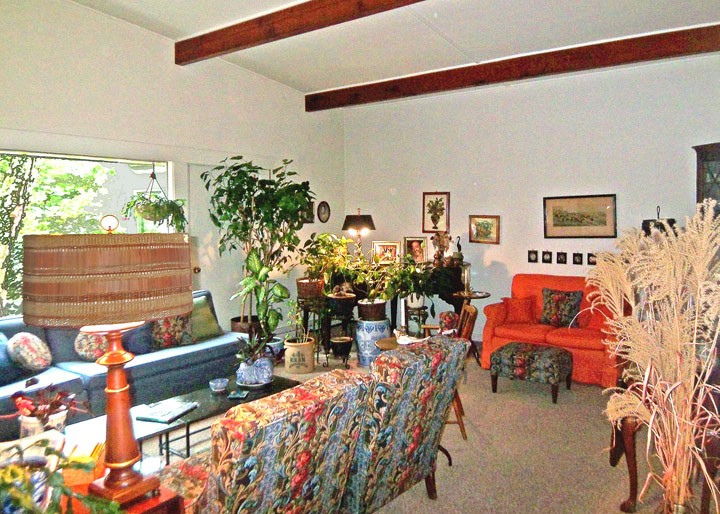 The living room is shown facing North. The grand piano is now servicing as a plant stand. The plants will go outside in the summer. 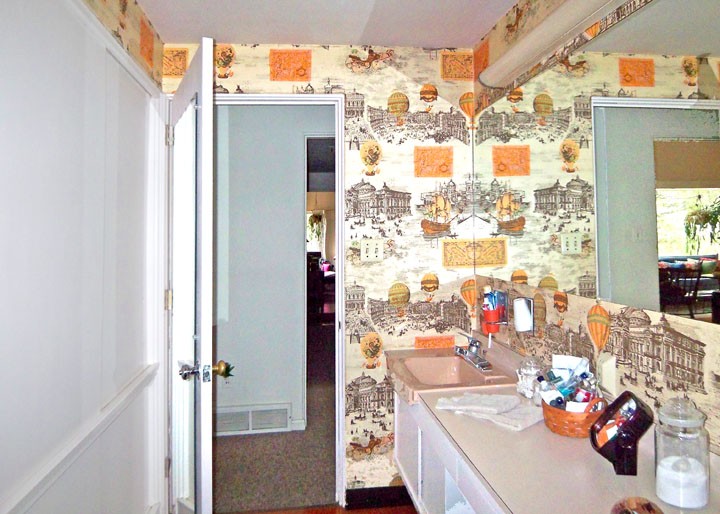 The original main bathroom is shown (before addition of a new bedroom suite). Note the large double-decker sliding-door closet on the left. The wash basin is original to the house, as are all built-ins. 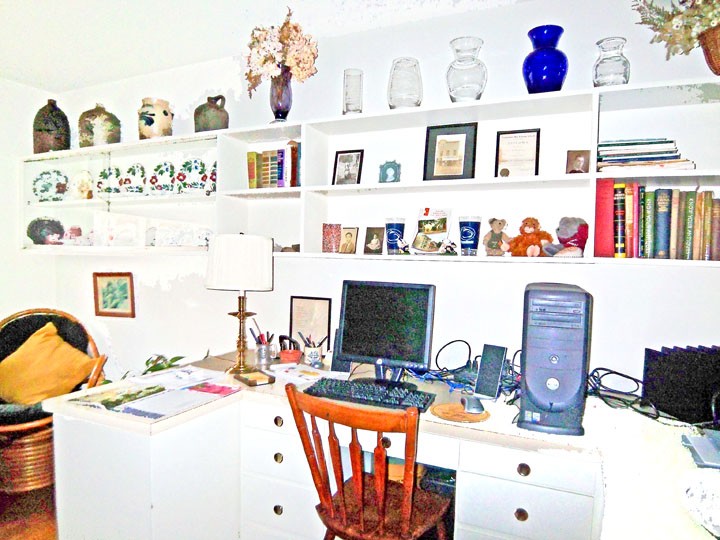 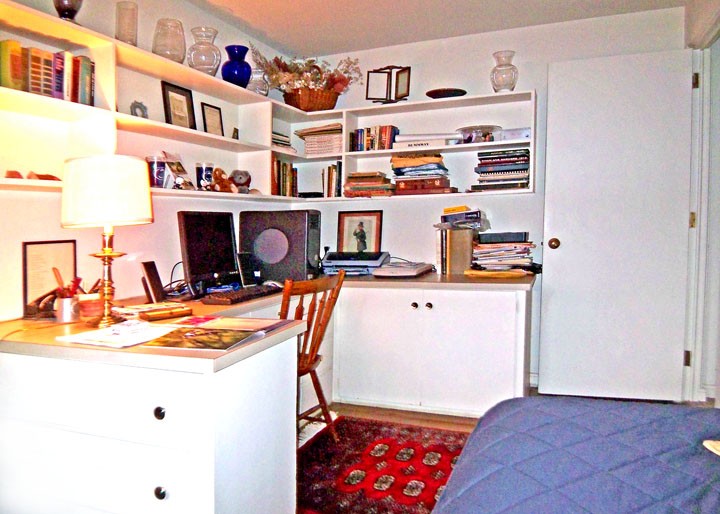 All bedrooms had built-in work and storage space. The built-ins varied from U-shaped to L-shaped and I-shaped. There are extensive shelves above this U-shaped desk. 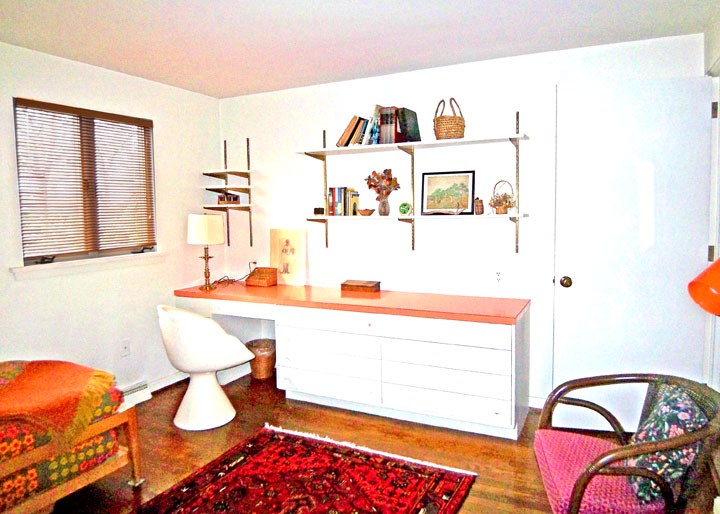 This I-shaped desk is the smallest. 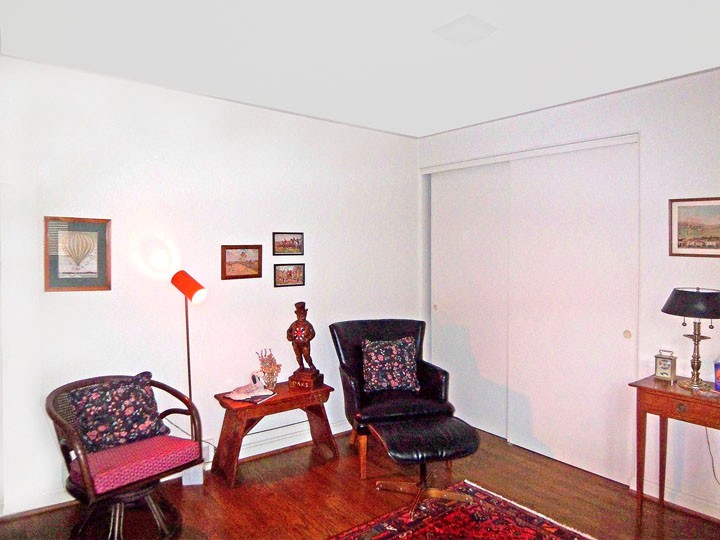 However, there were two large closets on the opposite wall. This was originally used as the master bedroom. 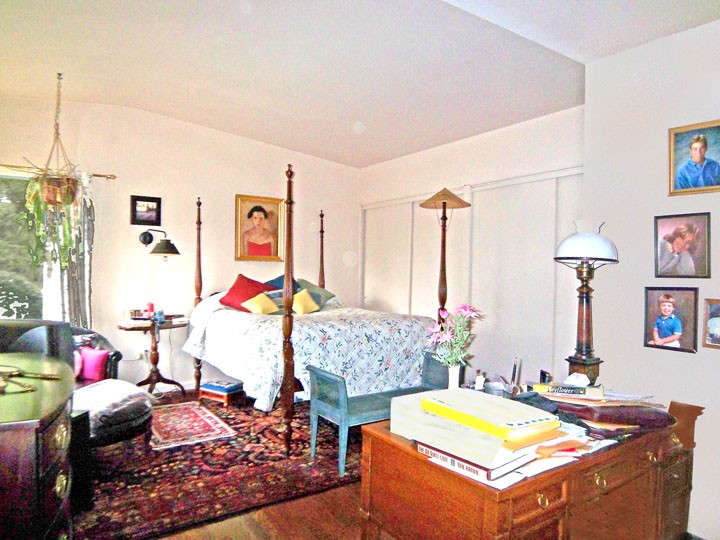 The master bedroom suite was not an original part of the house but Ken provided for it in the initial plans. His partner Jack Risheberger assisted as Ken was busy at the time with the design of the new high schools. 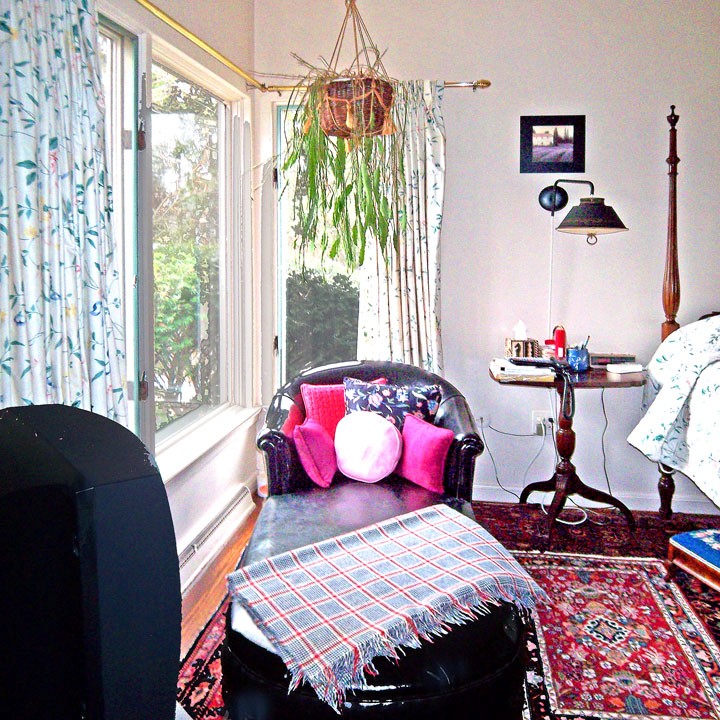 Space to the rear overlooks the patio and garden and provides for an area to relax with a book or TV. 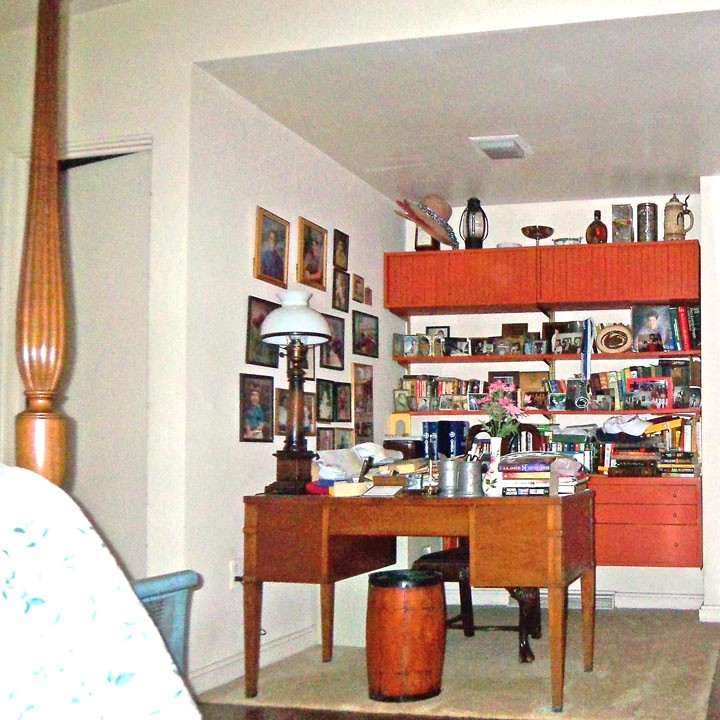 Opposite the bed is a study nook with built-in storage. A master bathroom is to the left. 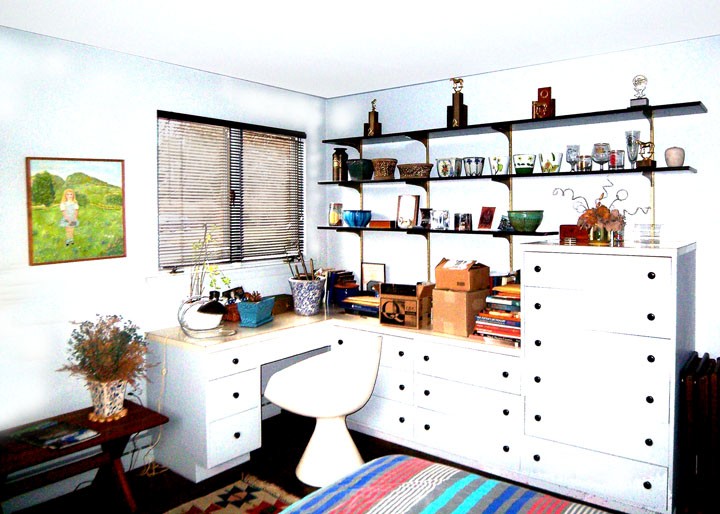 This bedroom is distinguished by having a built-in L-shaped desk and bureau.