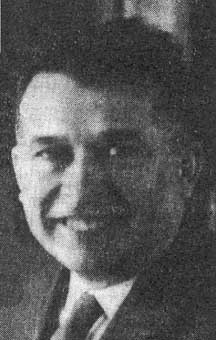 Of the three best known post World War II Modernists of the Architecture Faculty of Penn State, Ken Heidrich is undoubtedly the least well known, at least by name.  Indirectly his work is known by thousands of locals as one of the members of the design group for the beautiful, Contemporary high school buildings on Westerly Parkway.

“The Three H’s,” as they were once known by architecture students, were A. William Hajjar, Philip F. Hallock, and Kenneth J. Heidrich**. They all left their marks on the area with many beautifully designed homes as well as schools and commercial works. Additionally, a number of their students remained in the area and added their own inspired works to the community.

The three could not have been more different in personality. Hajjar was unabashedly flamboyant and his own biggest promoter of his homes. In addition to being rather retiring, Heidrich believed that, as with other professionals of the time, no self-promotion should be done. (Doctors, lawyers, accountants, and other professionals then were even prohibited by their professional associations from advertising for clients. Another characteristic of the time was that professionals in academia often did not have doctoral degrees and were expected to hold professional certificates and to demonstrate their professional competence through practice rather than through research.) Hallock was their mediator when they were not speaking to each other.

Son Gery recalls that even in death, his dad did not want self-promotion.  He wrote his own short obituary, which he instructed his family to use.

Kenneth J. Heidrich, 73, of 433 W. Park Ave., State College, died in Valley View Haven Nursing Home, Belleville, Friday at 11:45 p.m.
He was born in Elyria, Ohio, Oct. 7, 1907, the son of Henry and Gertrude Smith Heidrich.
He is survived by his wife, Dorothy; a son, K. Gery of State College; three grandchildren, and a sister, Ruth Lawrence of Warren, Ohio.
Funeral Services will be held at the Koch Funeral Home, State College, at the convenience of the family. Memorial contributions may be made to the architectural scholarship fund Carnegie-Mellon University, 5000 Forbes Ave., 211 Warner Hall, Pittsburgh 15213.

Heidrich received his Bachelor of Architecture degree from Carnegie Mellon University (then Carnegie Institute of Technology) and a Master of Fine Arts degree from Princeton University, where he held a Palmer Fellowship. In addition he held a diploma from Fontainebleau School of Fine Arts in Fontainebleau, France.  He received first place in a national home design contest for the design of his first home in State College. He also received five medals from the Beaux-Arts Institute of Design and numerous other honors. As well, Heidrich studied at Chouinard School of Art and Cleveland School of Art.

Heidrich began his teaching career at Oklahoma State in 1930. He was a member of the University Architecture Faculty from 1937 until 1950, when he retired to enter private practice in the area. He served on several University and civic committees. For several years he was a partner with Jack Risheberger in the firm Heidrich and Risheberger Associates. He specialized in school architecture and was the designer of the Radio Park Elementary School as well as co-designer of the Westerly Parkway high schools. He rejoined the University for the year 1962-63 to fill an emergency vacancy.

During World War II he was on leave to work with the Carl N. Norden Company. There he was head of the department of illustration, producing technical manuals and pamphlets on the Norden Bombsight for the armed services.

Heidrich maintained his architectural office in his home. Son Gery recalls him coming to the family’s quarters after a long evening of work muttering, “There’s got to be a better way to make a living!” In contrast, in a profile that he did for University records, under hobbies he wrote, “My profession is my avocation.” He did build model toys on occasion, however.

In an article in 1947 he deplored the construction of tracts of look-alike houses by large developers. He thought that the residential architecture profession was in a serious state of decline and he foresaw the complete degradation of American residential architecture. While there was a significant resurgence in the 1950s and 60s with the popularity of the Mid-Century Modern style and a renaissance in the arts in general, he likely would be appalled today at the construction of quite pricey, rather indistinguishable  and generally undistinguished (except for size) tract McMansions.

Ken and his wife Dorothy were both from Elyria, Ohio. They lived in three homes of Ken’s design on Park Avenue across from the White Golf Course.  For a while after his retirement, they returned to Ohio, but they found that the community there was not as they remembered. They returned to State College and discovered that their first home was on the market. They reacquired it and son Gery lives there now.