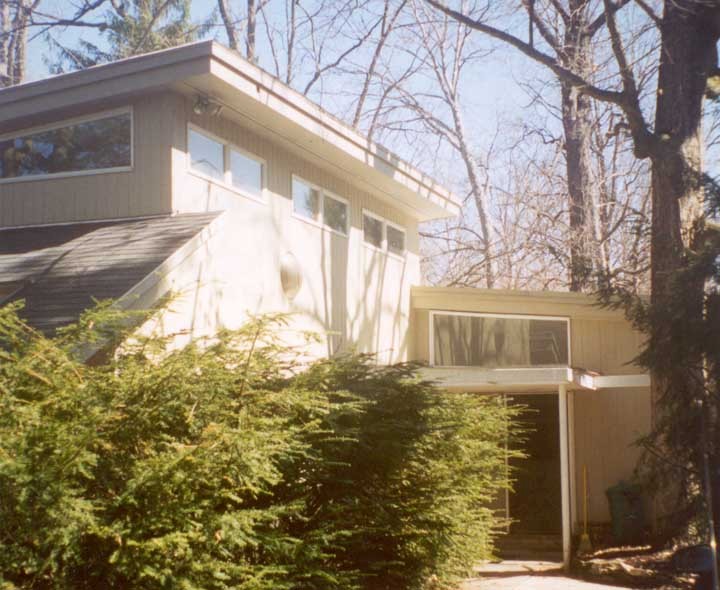 The architectural lineage of the Harris House is somewhat uncertain, although attributed to Hajjar. (NOTE: Recent research suggests that this house may have been designed by Kenneth Heidrich.) If Hajjar-designed, this would be his first undertaking in State College. It also appears to have had several modifications over the years since initial construction. The windows and low roof are typical of later Hajjar designs, as are the naturally-lit entry and small balcony for light and ventilation. 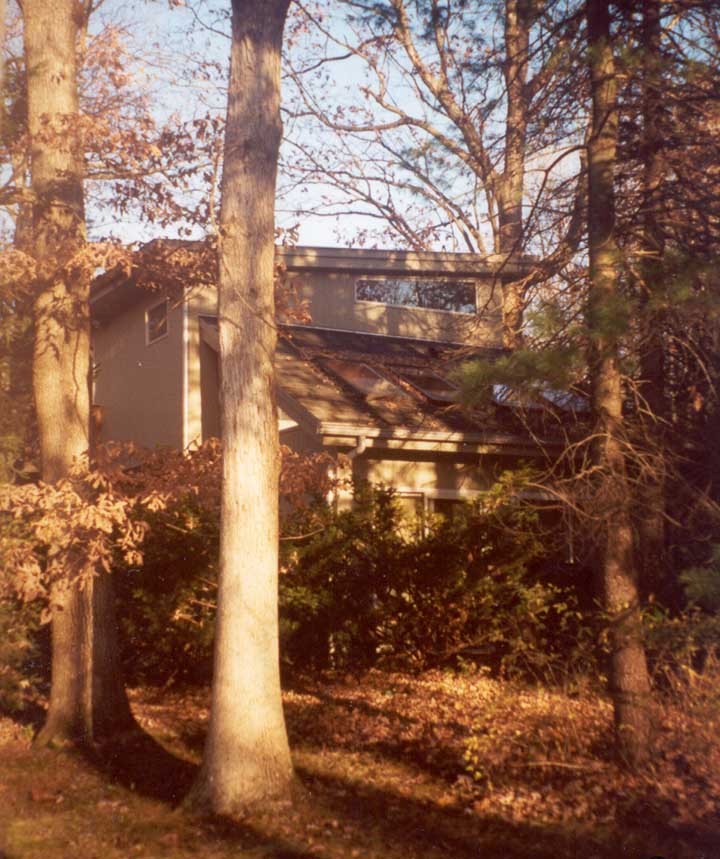 The end of the house is hidden in the woods as viewed from the entry drive. The original house address was 414 Martin Terrace. 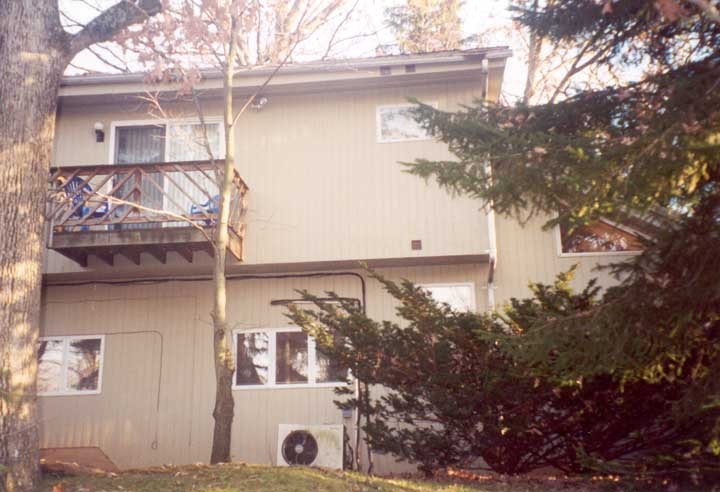 The back of the house faces Glenn Road as it bends downhill. The upper-level balcony with sliding-glass door is a typical Hajjar treatment, but the balcony railing is not and is likely a replacement. 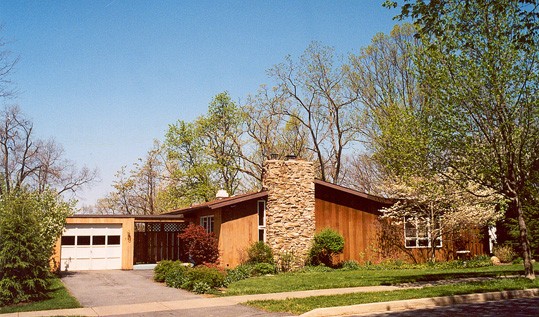 The Grosslight House is one of the “Houses for Three Veterans” grouped together on Glenn Road. (See also The Tukey House and The Berlin House.) While the homes were all built by contractor Harry Falk, the dwellings are all highly distinctive in appearance, reflecting the personal wishes of the three families.

The homes were of average size for the times, and each cost $18,000. (In comparison, several nearby homes by architect William Hajjar cost about $25,000 each and were among the more expensive in town when built. The Hallock designs are no less stylish, however.)

Joseph was a professor in psychology at Penn State. Jane was an expert in lighting (also one of Hallock’s special interests) and wrote a book on the subject. The couple later relocated to Kent State University in Kent, Ohio.