2) The Smith Letter:
In 2008, James B. Smith, a local contractor, wrote a brief letter detailing his experiences both working on the construction of two Heidrich houses (Osborn House and Cannon House Addition) as well as building and living in a Heidrich home of his own (J.B. Smith House II). 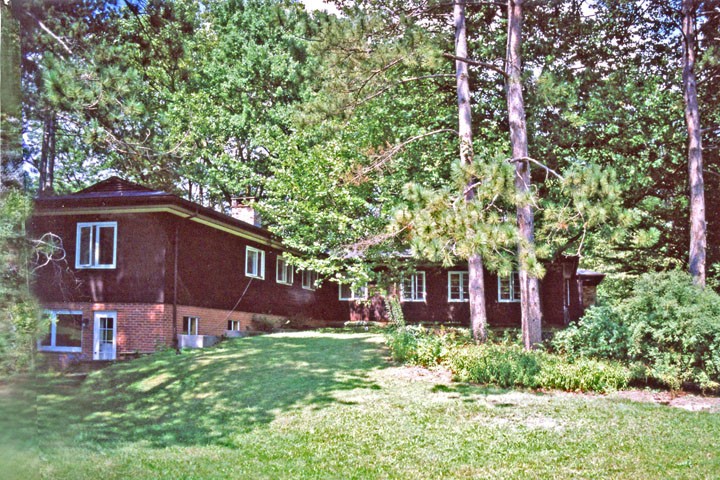 Mike’s business became fairly successful through the years. Simultaneously, Mike and Betty’s family continued to grow and space was cramped. The Cannons decided to add a bedroom wing so each child could have their own room. The bedroom wing is to the left in the picture above.

Their friend Ken Heidrich was hired to do the design, which also included a family room on the lower level. Ken also designed a commercial building for Mike. Ken designed built-ins for each room comparable to those of Johnstone. 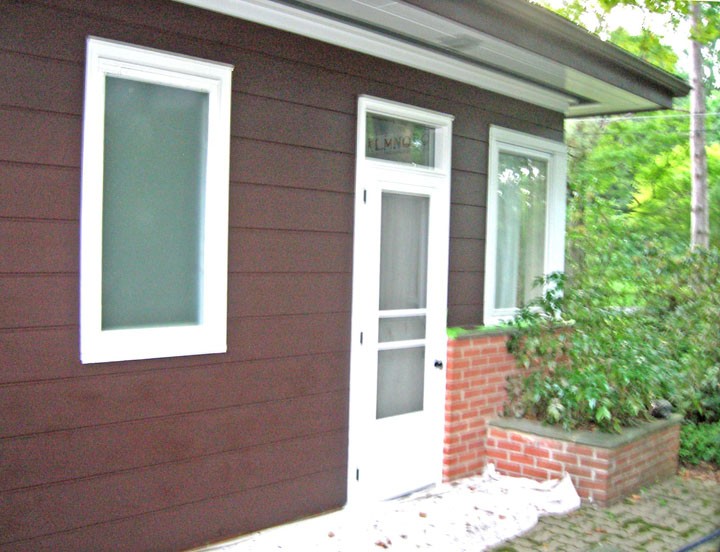 An upper hall entry is adjacent to the main house entry. 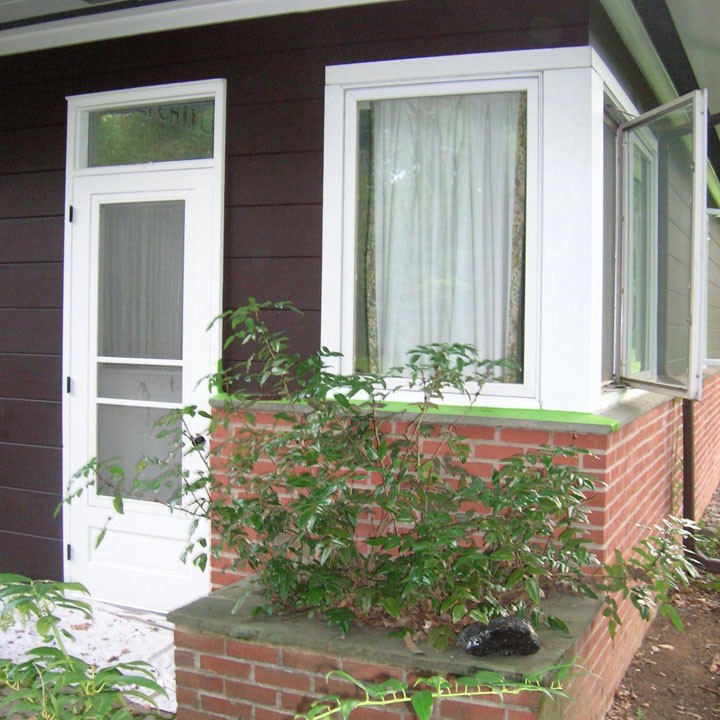 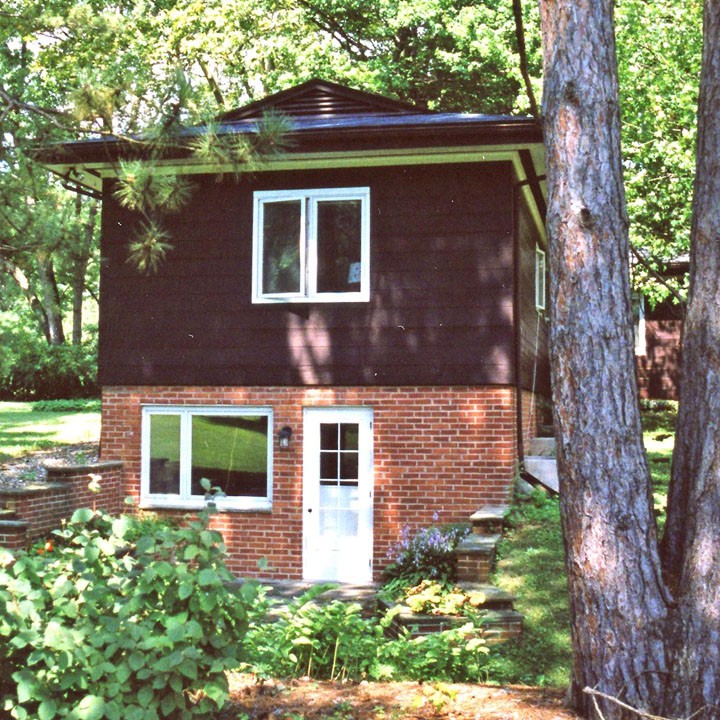 The ground floor has an entry into the family room. Bedrooms are all on the top level with a hall to the South. 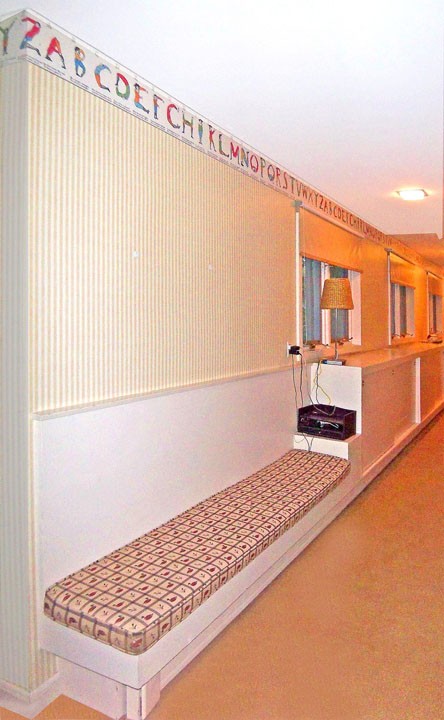 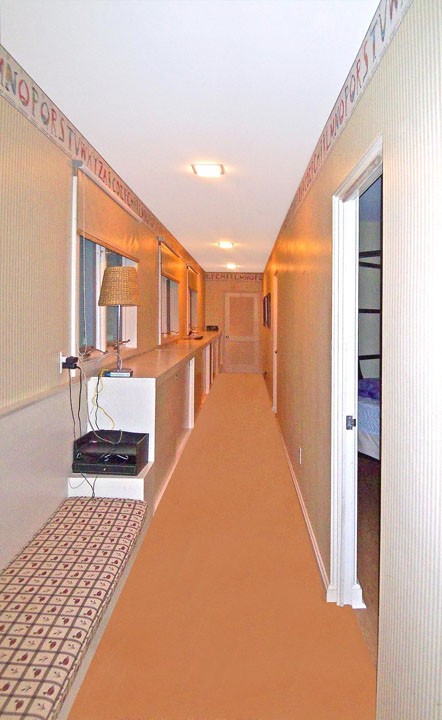 Storage units are below the windows on the South side; bedrooms are opposite. 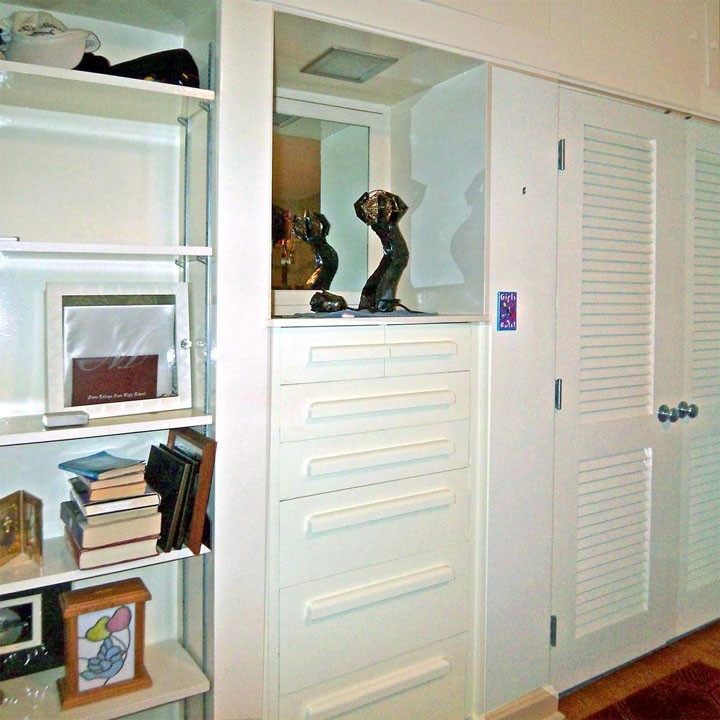 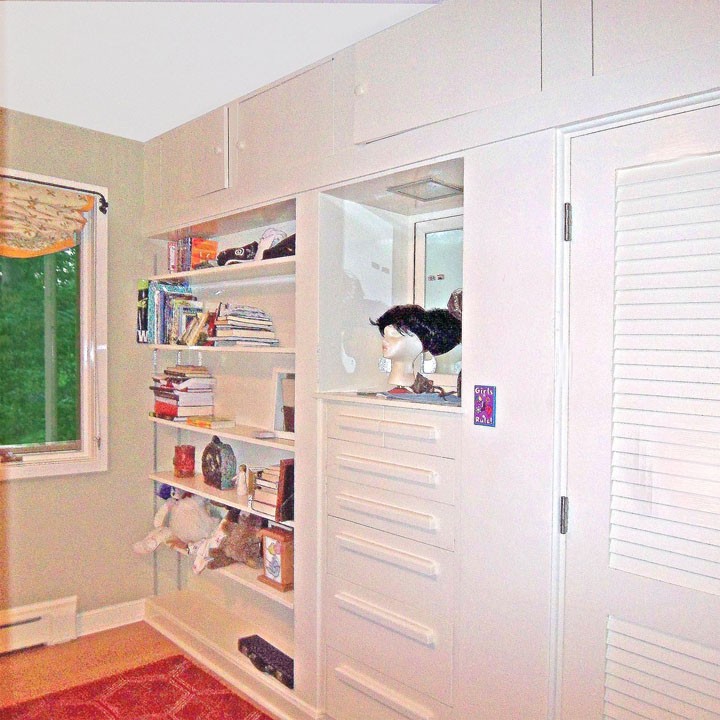 Bedrooms each have built-ins of quality comparable to the original house. 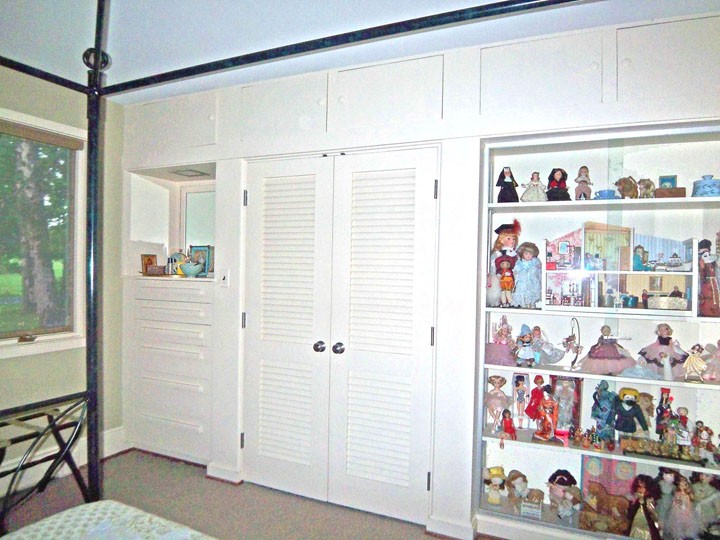 The layout of this bedroom differs from those on shown above. 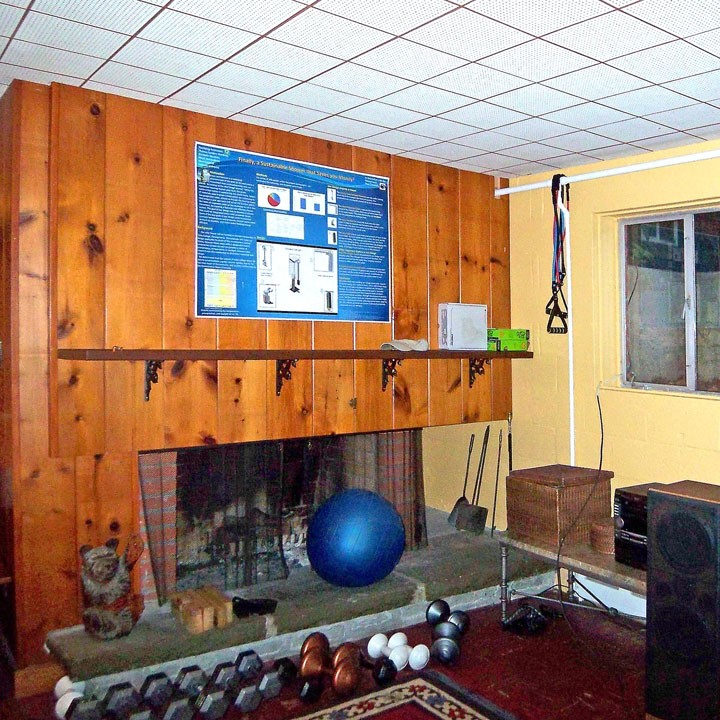 A family room on the lower level is now used for exercise.