Along The Way... The Cartoonists

The world knows Fred Waring as a famous band leader, choral conductor, entrepreneur and the man who taught America how to sing. But few may know that he was also a rabid, life-long fan of comics even when he was on tour his secretary would cut out his favorite daily strips and send them to him.

After being featured in a humorous story about two songwriters, Codgers and Hammerhead, in the New York Herald Tribune daily comic strip Jeff Crockett, Mr. Waring invited the strips creator, Mel Casson, to lunch. He told Mr. Casson what a fan he was of all the leading strips of the day and that he would like to meet some of the cartoonists. So, starting in 1948, he invited the members of the newly created National Cartoonists Society, now the world’s largest and most prestigious organization of professional cartoonists, to his golf resort, Shawnee Inn.

This first invitation to spend a day of fun and frolic at Shawnee around the time of his birthday, June 9, turned into an annual tradition. For the next 25 years, Mr. Waring entertained the members of the National Cartoonists Society and their families annually at his Shawnee Inn & Country Club.

As a result of his long-term friendship with the members of the National Cartoonists Society, Mr. Waring accumulated hundreds of cartoons, illustrations and sketches drawn for him and about him by leading artists including Rube Goldberg, Hal Foster (Prince Valient), Mort Walker (Beetle Bailey), Milt Caniff (Terry & the Pirates), Walt Kelley (Pogo), Chester Gould (Dick Tracy), Ted Key (Hazel), Bil Keane (Family Circus) and many others.

As a result of his twenty year association with members of The National Cartoonists Society, Waring accumulated hundreds of cartoons, comic strips and illustrations created for him and often about him by these leading cartoonists of the late 20th century. These pieces of art, now in the Waring collection, include over 500 pieces of art by leading cartoonists such as Beetle Bailey creator Mort Walker, Blondie creator Chic Young, Batman creator Bob Kane, illustrator and designer Russell Patterson, Dondi creator Gus Edson, MAD Magazine cartoonist Al Jaffee, Hazel creator Ted Key, Family Circus creator Bill Keane, and many, many others.

The Cartoon Room was the name Mr. Waring affectionately gave to the lounge room of Shawnee Inn, where the cartoonists and the Pennsylvanians gathered for food, drink and entertainment.  The Cartoon Room contained special tables whose tops were covered with original art. Mr. Waring had the artists create a sketch or drawing on a piece of parchment paper, which was then permanently laminated on the 30 X 30 tabletops. 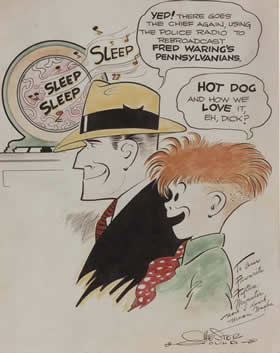 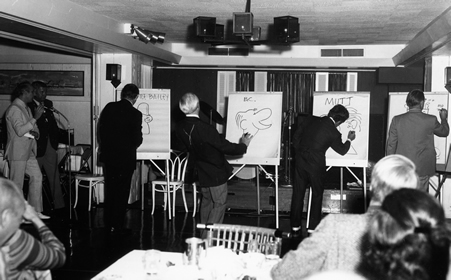 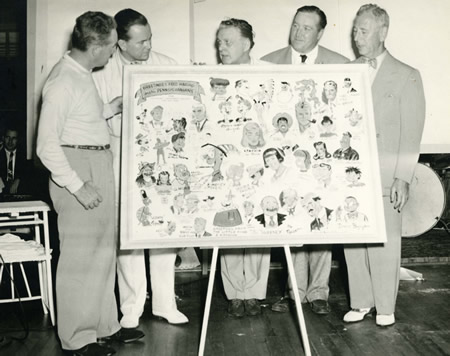 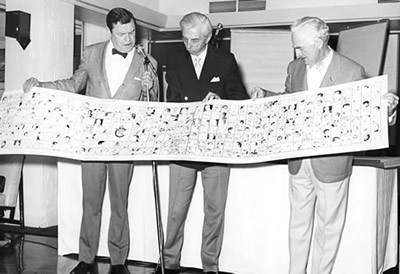